'I will only play Grand Slams from now on' jokes Kvitova 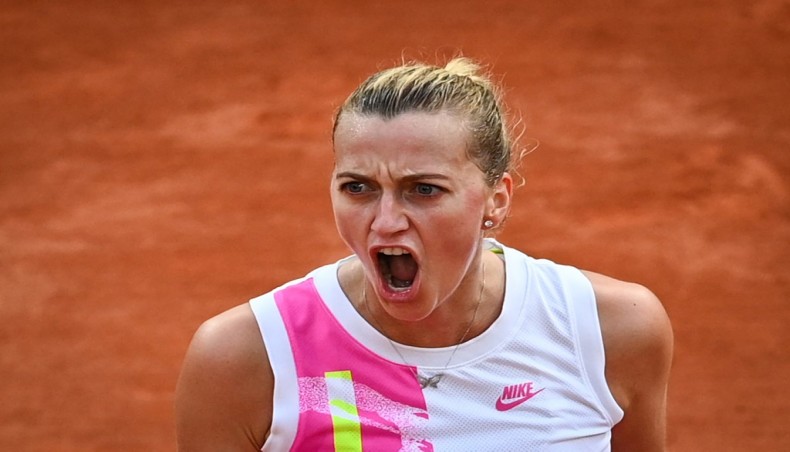 The 30-year-old world number eight reached the quarter-finals at the Australian Open and the last-16 phase at the US Open before losing in the semi-finals of the French Open last week.

‘I guess I will only play Grand Slams from now on,’ a smiling Kvitova told reporters in Prague, looking back at her best Grand Slam season in years.

‘I'll just get ready and go to a Grand Slam,’ chuckled the left-handed big hitter, who switched from the US Open hardcourt to the French Open clay without playing a single tournament in between.

‘The season looked doomed, but it turned out a very, very successful one at Grand Slams,’ Kvitova said about the year heavily affected by the coronavirus pandemic which had torn up the tournament calendar.

‘Unfortunately, Wimbledon was cancelled. I'm still sad, it's a pity, because Wimbledon is very special,’ added Kvitova, who won the tournament in 2011 and 2014.

‘But I'm looking forward to next season and Wimbledon in particular.’

‘I hope next season won't be as tough as this year, that things will calm down and that the world will get back to normal at least a bit,’ she added.

Kvitova said she was now planning to rest and then train in Dubai before leaving for the Australian Open, where she will be looking to use her mental improvement from the virus-plagued season.

‘We didn't play tournaments for three months and the motivation was really poor, I didn't really feel like training... but I could get ready for the important events,’ Kvitova said.

‘I guess I just set my head right, I made myself work hard to win each point, and even when I wasn't playing well, I could find a way out,’ she added.

It marks a remarkable resurgence from Kvitova who suffered a career-threatening injury to her playing hand when she fought off a knife-wielding burglar at her home in 2016.

‘Since 2017, I've been grateful for being able to play at this level. I call this my second career,’ Kvitova said.

‘Even if I hadn't reached the French Open semi-finals, I'd still be here and be happy.’

‘Sometimes there are more important things in your life than just hitting the ball.’