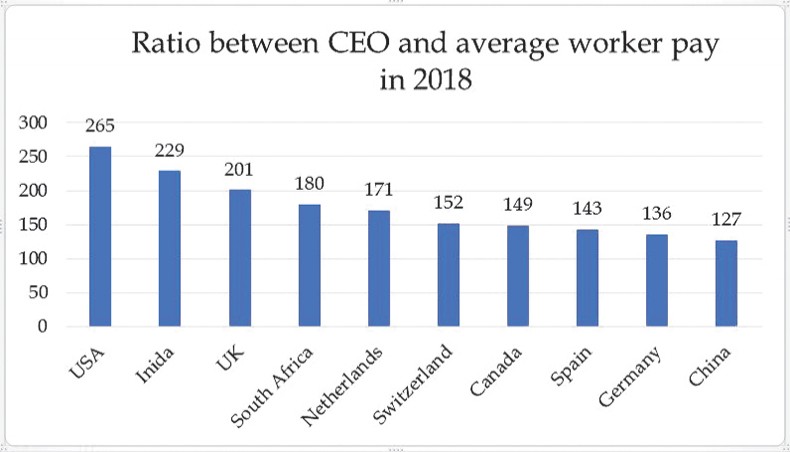 THE 17th founding anniversary of the outspoken national daily, New Age, comes at a time when, according to Reporters Without Borders, journalism is ‘entering a decisive decade…exacerbated by coronavirus’.

As the novel coronavirus pandemic has reached nearly every country on earth, the World Health Organisation has described a ‘second disease’ accompanying the COVID-19 pandemic, an ‘infodemic’, ‘an overabundance of information, some accurate and some not, that makes it hard for people to find trustworthy sources and reliable guidance when they need it’.

Journalism is key to supplying credible information within the wider ‘infodemic’ and to combating myths and rumours. Without it, false content can run rampant.

Recognising the danger, United Nations secretary-general António Guterres has warned that ‘our enemy is also the growing surge of misinformation’.

HOWEVER, there is something more worrying happening. The COVID-19 crisis has offered corrupt and authoritarian leaders a dangerous combination of public distraction and reduced oversight. As the Atlantic has observed, ‘the coronavirus has presented an opportunity — for those who wish to consolidate power, pandemic containment rules offer a convenient tool to stifle inconvenient dissent’. Amid the coronavirus pandemic, jailed journalists topped monthly list of ‘10 most urgent’ press freedom cases worldwide ahead of this year’s World Press Freedom Day on May 3.

According to Fionnuala Ní Aoláin, the United Nations special rapporteur on counter-terrorism and human rights, ‘we could have a parallel epidemic of authoritarian and repressive measures following close if not on the heels of a health epidemic’.

Thus, it is feared that after the pandemic passes, governments are likely to use long, protracted crises to undermine domestic opposition and curtail civil liberties through increased surveillance and tracing.

However, authoritarianism was already gaining ground before the pandemic. Even in democratic countries like Brazil, Israel, and India, or in hybrid contexts strongmen had successfully constrained electoral competition and parliamentary oversight, such as Hungary. Ambitious populists have been pushing the limits, testing the levels of both domestic and international resistance. In short, democracy was already on the wane.

MEANWHILE, the COVID-19 crisis has become the latest front in the escalating clash of ideologies; it has opened up the perennial ‘democracy vs authoritarianism’ debate.

Relative successes of authoritarian states, such as China and Vietnam vis-à-vis the United States and the United Kingdom as well as a broad array of democratic countries raised the question: which political system is better suited to managing crises?

The notion that authoritarian regimes have an advantage may be alluring. Authoritarian regimes can easily impose and enforce rules that serve the public good, whereas in democracies, people may see them as infringements of their freedom and hence resist protective measures like mask-wearing.

Some have also argued that China, Vietnam and other East Asian countries which have done better benefit from the Confucian tradition. This is because of its emphasis on conformity and deference to authority, in contrast to Western democracies’ emphasis on individual autonomy and consent to authority.

However, several democratic countries which do not uphold Confucian norms have also managed the COVID-19 crisis at least as effectively if not better. They include New Zealand, Australia, Norway and India’s Kerala state. Therefore, generalisation can be risky and misleading; one needs a more nuanced analysis.

Francis Fukuyama does not use binary dichotomies placing democracies on one side and autocracies on the other side. Pointing out the evidence of high-performing and disastrous outcomes in both autocracies and democracies, Fukuyama believes that the crucial determinant in performance is not the type of regime, but the state’s capacity and, above all, trust in government.

Does this mean that Amartya Sen’s thesis that famines or crises are less likely in democracies than in autocracies is wrong? Not necessarily so.

Trust is likely to be higher in democracies, because of a higher degree of transparency and accountability. It is also easier to build trust in a democracy because of its inclusive processes. Thus, trust, an outcome of inclusive, transparent and accountable processes, is critical for the legitimacy of the regime. A free and independent media plays a vital role.

On the other hand, the legitimacy of authoritarian regimes depends on outcomes and not processes. Therefore, they cannot take the risk of looking badly, and hence tend to resort to propaganda and censorship, making lack of trust in government practically inescapable.

Whilst it is true that some democratic governments nowadays have largely lost the public’s trust and seem determined not to act, this can hardly be regarded as a pitfall of democracy.

IN DEMOCRACIES, governments learn faster from past mistakes, and hence course corrections occur more routinely, or they risk being voted out. Thus, democracies, by and large, are better in handling crises, even though they may be slow in responding.

However, democratic governments may also try to suppress information and spin or downplay crises — as the Trump administration did. But they can rarely get away with it due to the intent scrutiny of the press, the legislative branch, and civil society. Even someone within the administration may stand up against such manoeuvres as there is less fear of reprisals; and whistle blowers are often provided legal protection.

Authoritarian regimes are only good at responding to crises when they are good, which often happens by chance due to a lack of efficient flow of information and deliberations. But when they are not, as in most cases, there is no obvious way to correct course. Correcting errors is entirely dependent on the very people who made the blunders in the first place.

There are no strong or autonomous institutions that can counter or even temper the decisions of the authoritarian executive. Undemocratic regimes have a vested interest in suppressing information that reflects badly on senior officials.

Thus, according to Amartya Sen, authoritarian states face serious challenges in information and accountability. Authoritarian regimes, without free media and opposition parties, struggle to receive accurate information in a timely manner and to convey urgent information to the public.

AS MENTIONED earlier, democracies have been sliding even before the pandemic. According to the Freedom House’s Freedom in the World 2019 report, democracy is undergoing an ‘alarming’ decline across the world as a growing number of countries move towards authoritarian rule.

This has also coincided with declines in media freedom. According to the UNESCO observatory of killed journalists, 881 journalists were killed worldwide during 2010-2019. Figures from the Committee to Protect Journalists show that the number of journalists killed in retaliation for their work nearly doubled in 2019 from the previous year. In total, 1,340 people have died doing the job since 1992, when the records began and 860 of those have been murdered. The gruesome killing and dismemberment of Jamal Khashoggi has epitomised the height of violence against journalists.

This has happened when capital, both in old democracies and communist countries, is thriving as evidenced by rising inequality. As a recent OXFAM report shows, the world’s 2,153 billionaires have more wealth than the 4.6 billion people who make up 60 per cent of the planet’s population. A recent UN report reveals that more than 70 per cent of the global population are living in countries where the wealth gap is growing.

There is now a new rentier class — the Chief Executive Officers. The gap between the average earnings of CEOs and workers has increased by many folds in almost all countries, while the real earnings of workers have been either declining or stagnating.

Democracy is more threatened where the pay gap and inequality are more acute. For example, the United States topped the list in 2018 for the country with the highest gap between CEO and worker pay, and wages for average workers have been stagnating just below USD 11. India comes next.

Threats to democracy now come from the powerful capitalist and rentier class who has captured governments. Besides using money to buy politicians, one of the powerful instruments they are using is media ownership. There are now a small number of large media companies, owned by the wealthy, and a small number of individuals within these companies wield considerable power. Media concentration is a threat to creativity, diversity and pluralism. The power of large media corporations has never been higher. Media empires can sway public opinion and endanger democracy.

Governments are also co-opting journalists to tell their stories. In ‘The Illiberal Toolbox for Co-opting the Media,’ Zselyke Csaky analyses legal, extra-legal, and economic tactics that democratically elected but illiberal leaders use to co-opt the media. She also describes the conditions that make media environments vulnerable to illiberal co-optation.

It is argued that strong leadership and stable politics is essential for peace and prosperity, and now, to deal with the pandemic related health and economic crises. Such a myth is promoted by the reactionary forces to continue their hegemony in different spheres of life.

Free and independent media is vital

FREE and independent media is vitally important for both managing crises and protecting democracies. We are no doubt entering a dangerous era, and vigilance is essential. The COVID-19 crisis seems to be a bellwether of rising authoritarianism more than the virus itself. Thus, the theme of this year’s forthcoming World Press Freedom Conference 2020 (December 9-10) is ‘Journalism without Fear or Favour’.

We need more than a global conference. We need local mobilisation. We need to democratise politics; i.e., we have to go beyond press and election, and strengthen the rights of the working class to form unions/associations. We need mass political mobilisation to protect both democracy and press freedom.