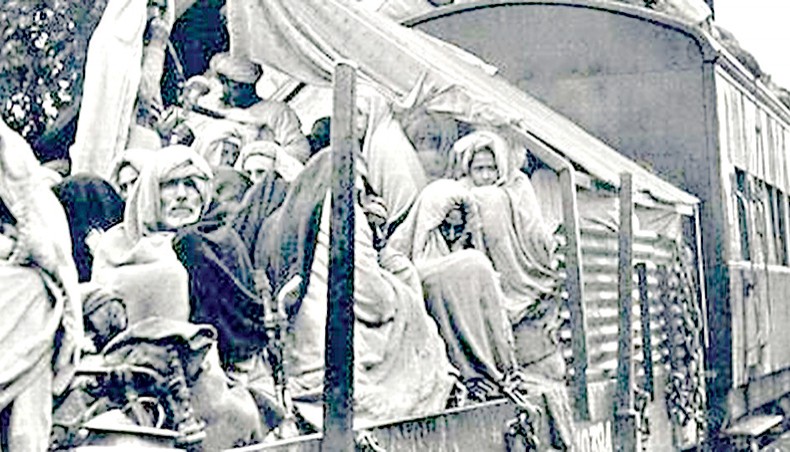 BEFORE the advent of free-market policies of 1991, the battle cry of India’s masses fighting poverty and unemployment targeted the big business. ‘Ye Tata-Birla ki sarkar nahi chalegi, nahi chalegi.’ (This Tata-Birla government must go.) After 1991, the levers to control a perennially anti-poor economy passed into foreign hands — the IMF, for example.

One hasn’t heard of the Tata-Birla slogans in a long time for other reasons too though there are sharp references surfacing in the media — and more stridently from Rahul Gandhi — to the Ambani-Adani duo, seen as profiting from their proximity to prime minister Narendra Modi.

Gone are the days in Pakistan also when the promise of bread, cloth and house could sway the masses. Now, when a farmer commits suicide in Pakistan’s Punjab there’s only a whispered link if at all given for his plight — usury, otherwise banned in Islam. (I’ve preserved the anguished letter to the editor the late Tahira Mazhar Ali Khan wrote about the tragic state of farmers in Pakistan’s Punjab.)

In India, people often see Hindu fascism in abstract terms, as Pakistanis talk of the military being the de facto power behind the throne. Many Indians see fascism as some rarefied doctrine of racial and religious hatred not hinged in the logic of hard economics. They are missing the Tata-Birla idiom as the fountainhead of the malaise, which spawns authoritarianism.

The hand of India’s big business was there for all to see in the selection of a Gujarat chief minister as the prospective candidate to be prime minister. Far less widely known, even if it is intensely discussed in academic circles, is the role that Indian tycoons of every religious stripe played in enforcing the partition in 1947.

Now, a kindly academic has shared an all-encompassing analysis by eminent social scientist Raghabendra Chattopadhyay on the subject. The study, not very recent, shows how even prime minister Jawaharlal Nehru had to surrender before the clout of Indian businesses right before partition, when they rallied against the ‘socialist budget’ presented for the interim government of 1946–47 by Muslim League’s finance minister Liaquat Ali Khan.

The League was not planning to join the interim government headed by Nehru but was persuaded by Lord Wavell, the viceroy, to yield. Wavell suggested the home affairs for Khan. Sardar Patel would not hear of it. The Congress, according to Chattopadhyay, then offered Liaquat Ali Khan the finance portfolio, held at the time by a seasoned economist, Dr John Mathai. The Congress believed finance was too technical a subject, and would ensure that the League ‘made a fool of themselves’. Khan surprised the Congress by producing proposals rooted in Nehru’s avowed socialist stance.

The Muslim League performed so well that the Congress was later to regret its own decision. ‘It is not only that Liaquat used the key position of finance effectively enough to intervene in the work of all those departments which were headed by the Congress members, but he gave a “shock” when he presented the budget for the year 1947–48 to the legislative assembly.’

Removal of economic inequalities and transition to a socialist pattern of society were stated as the two major objectives of Congress policy since at least 1929. Its election manifesto of 1946 also reflected this emphasis. Moreover, during and after the war, says Chattopadhyay, the Congress, through its leaders like Nehru and Maulana Azad, had publicly denounced those industrialists and businessmen who had taken advantage of the war situation to make money through profiteering. It had in fact demanded strong action from the government against these people who had not only earned excess profit during the war but also evaded a large amount of income tax by avoiding disclosure of their earnings.

‘Liaquat Ali Khan apparently took the Congress at its word and framed a budget ostensibly based on Congress declarations,’ says Chattopadhyay. ‘He introduced proposals to impose new taxes on business activities and to appoint a commission to inquire into allegations regarding unpaid taxes and devise possible means of their recovery from businessmen and industrialists.’

Khan openly admitted that but for the statements that Jawaharlal had made, he might never have thought about the matter.

He persuaded the viceroy to allow a reduction in the defence outlay, which otherwise constituted more than 60 per cent of the expenditure. He saved about Rs 50 crores from defence. This curtailment enabled an increase in the budget for civil expenditure by Rs 30 crores in a total of Rs 327.88 crores.

‘But it was in the revenue side of the budget that Liaquat could show his acumen,’ says Chattopadhyay. In deference to the long­standing demand of Indian nationalists, Liaquat proposed the abolition of the salt tax. To meet the budgetary deficit, he proposed some new taxes, direct as well as indirect, aimed at extracting revenue from big business, both Indian and foreign-owned. The most important of these was a special income tax of 25 per cent on business profits exceeding Rs 100,000 per annum.

The budget really riled the entire business community, both Indian and British, who were soon up in arms against Liaquat. The stock exchanges in Calcutta, Bombay and Madras were closed indefinitely in protest against the tax proposals. The big business houses, and the press under their control, denounced the budget as a ‘murderous one’ intended to destroy the economy by choking off all business activities in the country. It was not possible henceforth for Indian business to see a future with the Muslim League. In the final analysis though, it was the poor on both sides that suffered from the enforced aloofness between Nehru and Liaquat Ali Khan. They were two bizarrely estranged kindred spirits.