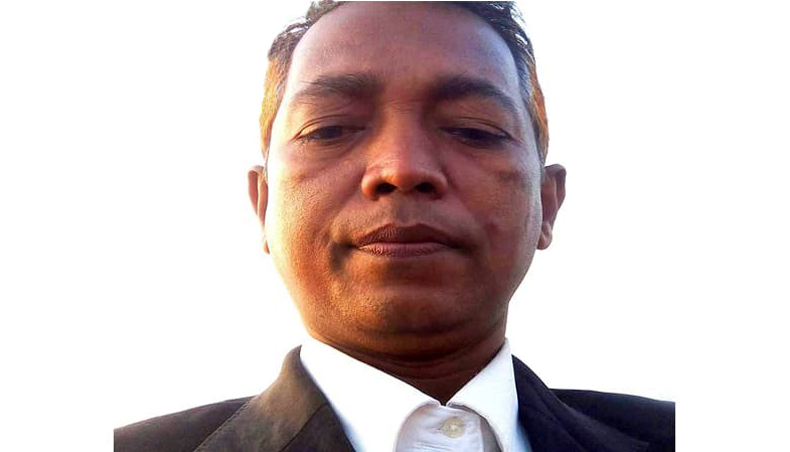 A local newspaper reporter was hacked to death in Geodhara area of Bandar in Narayanganj Sunday night after he had reportedly exposed a criminal nexus in utility gas line distribution and related trade.

The journalist, Elias Mia, 52, was a correspondent of Daily Bijoy.

Narayanganj’s detective police additional superintendent Jahed Pervej Chowdhury said that they had arrested three people —Tushar, Minnat Ali and Mishir Ali — in connection with the killing and produced them before a court, which granted three days of remand for each accused in custody.

Victim’s colleagues alleged Tusher of stabbing Elias with sharp a weapon in Adampur area, leaving him injured. The passers-by rushed him to the 100-bed General Hospital in Narayanganj, where he died about 9:00pm.

One of the witnesses Tawlat Hossain said that Elias was returning home while talking over phone. He said that Tusher and his brother Turja were waiting in the area. They hurled abusive words at Elias but Elias ignored and walked away.

Tusher then attacked him leaving him injured. The police investigators said that Tusher was arrested recently with drugs and his family was accusing Elias for this. Tusher was allegedly involved in managing illegal gas connections.

The Daily Bijoy editor Sabbir Ahmed said that Elias was targeted following his report on drug and illegal gas connection.

He added that the reporter in the past filed a general diary with Bandar police station seeking his security but police did not take any action.