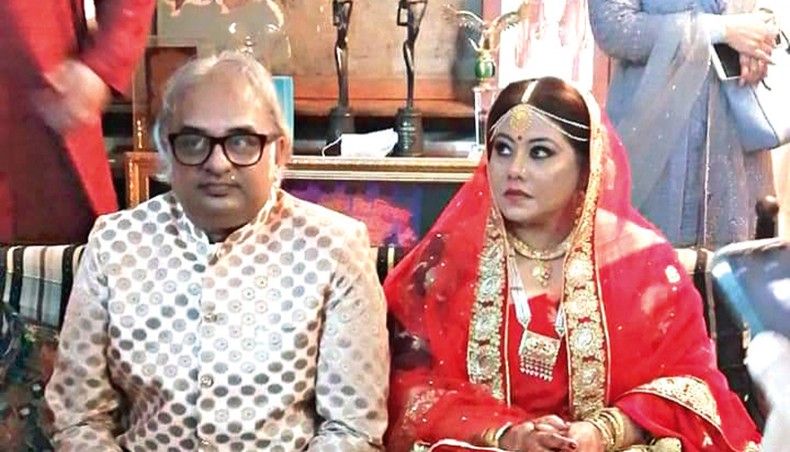 ‘Shomi Kaiser got married to Reza Ameen on October 9 at Shomi’s Eskaton residence in presence of family members. She is now at her husband’s residence in Banani,’ Chayanika Chowdhury told New Age.

This is Shomi Kaiser’s third and Reza Ameen’s second marriage. Shomi married Indian-Bengali filmmaker Ringo Banerjee in 1999 and the couple divorced in 2001.

She tied the knot with private university teacher Mohammad A Arafat in 2008. The couple divorced in 2015.