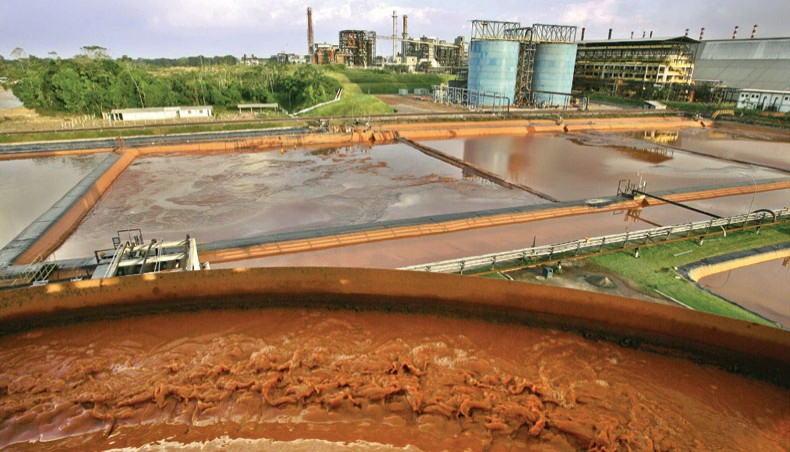 A file photo shows the aluminum refinery plant expansion area of Brazil’s mining company Vale, in Barcarena. The US on October 9, 2020, imposed steep new tariffs on nearly $2 billion in aluminum from 18 countries the Commerce Department accuses of dumping into the US market, including Germany, Spain and Brazil. — AFP photo

The United States on Friday imposed steep new tariffs on nearly $2 billion in aluminium from 18 countries the Commerce Department accuses of dumping into the American market, including Germany, Spain and Brazil.

Commerce secretary Wilbur Ross said that China was not on the list but was partially responsible for the flood of aluminium sheet imports that could undermine domestic producers.

‘What’s really been happening, actually, is Chinese excess capacity has been dumped into other markets. That, in turn, displaces production which gets dumped here,’ Ross said on Fox Business Network.

‘It’s a very complicated setup but the net effect is a lot of dumping in the US, and that’s what we’re clamping down on.’

Germany and Brazil face the steepest tariffs of close to 353 per cent and 137 per cent, respectively. The US imported nearly $287 million of the product from Germany last year, and $97 million from Brazil.

The preliminary decision means the US will immediately begin collecting the tariffs from importers to compensate for the price of aluminium sheeting sold below the cost of production, or helped by unfair subsidies, according to a Commerce Department statement.

The department could overturn the decision in late February, which is also subject to review by the US International Trade

Commission. Their final decision is scheduled for April 5, 2021.