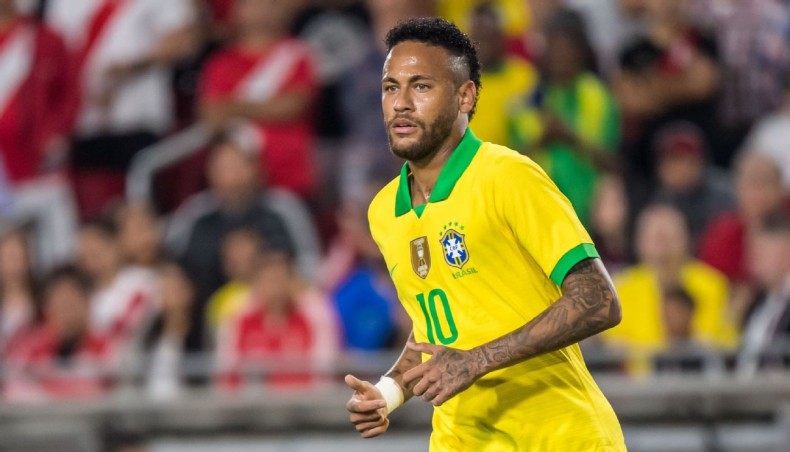 Brazil's team doctor Rodrigo Lasmar told journalists at the training ground in Teresopolis that Neymar had already started getting treatment but that it was too soon to say whether he'll be fit for the game at the Neoquimica Arena in Sao Paulo.

‘Neymar felt pain in his lower back in training today. He was removed from training, evaluated and started physical therapy. We'll travel today to Sao Paulo and he will stay under treatment and medication,’ Lasmar said.

‘The next 24 hours will be important to see how he will recover. A new evaluation will be done before training and then we will have a slightly better idea on his status for the game.’

Footage published by Brazil's football confederation on social media showed Neymar putting his hands on his back and kneeling on the pitch.

Brazil has already lost two starters for the opening rounds of World Cup qualifying as goalkeeper Alisson and striker Gabriel Jesus are both injured.