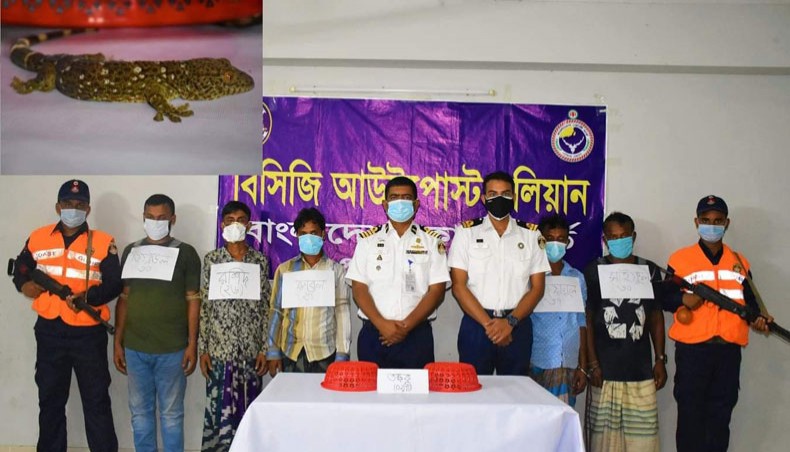 BCG said that their west zone officials conducted the drive adjacent to Garikhali ferry terminal on Tuesday night and arrested the five with two geckoes worth Tk 2,14,30,000.

The arrestees are Md Saiful Islam, Ziaul, Rubel, Rashid and Joynal. All are residents of different villages of Paikgachha upazila.

The seized geckoes were later handed over to the Paikgachha Forest Office under the supervision of the upazila executive officer, said the release.