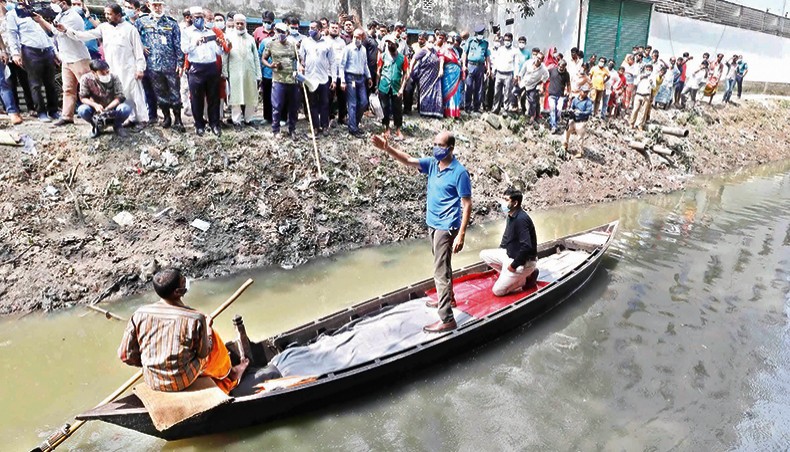 Dhaka north city mayor Md Atiqul Islam on Wednesday said that legal actions would be taken from October 20 against the government, non-government entities and individuals responsible for littering the canals and ditches.

During his visit to Godakhali Canal at Mirpur-1, Atiq said that there were 16 canals and a number of ditches, which are sources of mosquitoes. They should be cleaned by the assigned authorities at the earliest, he added.

‘I want a culex-free city for the inhabitants as I have succeeded in making the city aedes-free,’ said the mayor reiterating his urge to the agencies.

Atiq said that from October 20 to 30, he would inspect all the canals and DNCC would fine any agencies, be that public works, civil aviation and Dhaka WASA or any non-government organisation and individuals if wastes were found in the canals.

He said that another 13 canals of the length of 39-km at newly merged 18 wards of DNCC would also be renovated soon.

The mayor urged the city people to take care of the canals and asked them not to dump wastes there which disrupt the flow of water, besides polluting the water body.

Architect Iqbal Habib, who accompanied the mayor on the spot, said that solid waste management of the city corporation was not satisfactory so they were dumped in the canals.

‘People dump wastes in canals as they are not given a loving city… we cannot scold them for that,’ he said.

He said that reclamation and beautification was the way to save the canals.