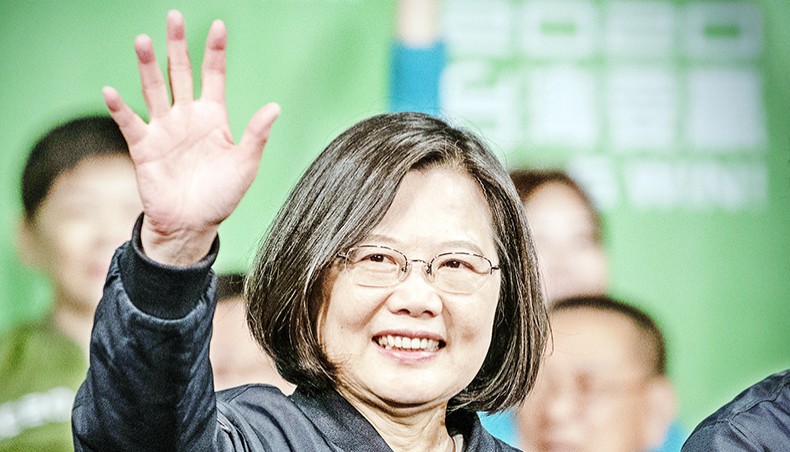 Taiwan will not ‘yield an inch’ in defending itself, president Tsai Ing-wen warned Tuesday, as new figures revealed the island is scrambling fighter jets at more than double the rate of last year in response to Chinese incursions.

Authoritarian China views democratic Taiwan as its own territory and has vowed to one day seize it, by force if necessary, even though the island has been self-ruled for the last seven decades.

Taipei’s fighters have taken to the skies to ward off Chinese warplanes more than 4,100 times so far this year, making about 22 sorties a day on average, according to the military  —  129 per cent up on all of 2019.

Naval ships have been dispatched more than 7,500 times, compared with fewer than 6,000 for all of last year, according to a defence ministry report submitted to parliament.

‘Faced with Chinese communists’ sabre-rattling and intimidations... we should demonstrate our belief not to yield an inch of our territory and sovereignty,’ president Tsai said Tuesday as she inspected an air force base.

In recent months Beijing has piled on military pressure even more than usual, ramping up the number of ships, bombers and fighter jets it buzzes or sends into Taiwan’s defence zones.

Analysts say the tactic is aimed at demoralising Taiwan and keeping its ageing equipment under pressure.

‘Since this year Chinese communist forces have been frequently engaging in military actions and provocations targeting us... to pose more grave challenges to our national defence and security,’ the military report to parliament said.

Premier Su Tseng-chang said the ‘constant harassing’ by Chinese military aircraft and vessels had ‘increased the burden’ for Taiwan.

It is also a response to the election of Tsai, who — like a growing number of Taiwanese — rejects the idea that the island is part of ‘one China’.

Washington’s increased outreach to Taiwan under President Donald Trump has become yet another flashpoint with Beijing as US-China relations plunge to historic lows.

The US diplomatically recognises Beijing but remains Taiwan’s most important ally and is bound by Congress to provide the island with defensive weapons.