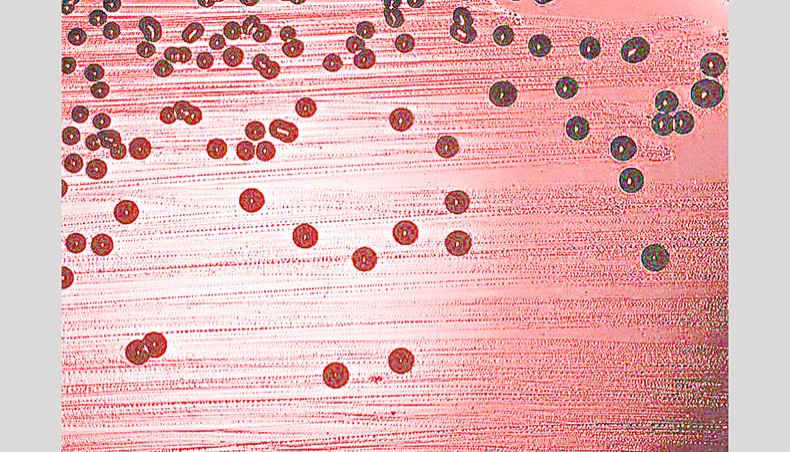 The first bacterial whole genome to be sequenced was of the bacterium Haemophilus influenzae. — Wikicommons

The window of opportunity for the public to be heard is closing. This is dangerous, writes Edward Hockings

MANY believe that tampering with human DNA is tantamount to ‘playing God’, and a boundary that must not be transgressed. Caution in the face of the unknown has led to blanket bans on certain genetic technologies. Our understanding of genetics, however, is evolving at a dizzying pace. This has led to the development of new genetic technologies, which make it possible to directly edit human genetic makeup.

Apart from an international moratorium on altering human reproductive cells, the regulation of genetic technologies is much less restrictive than it was a mere decade ago. Many countries across the world are now competing to become leaders in genetic technologies, and great strides are being taken. Ten years ago, few could have imagined that the first genetically modified human beings would soon be born. That blood and skin cells could be reprogrammed to make any type of cell in the body, and that newborn children would have their genome sequenced at birth.

We are without doubt witnessing a significant moment in human history; these new ‘powers’ bring great responsibilities. A familiar pattern is emerging, however, and it does not bode well for the future. The genetic technology sector has become the focus of the economic policies of governments. Big decisions are being taken by a small group of people who often have vested interests, including government officials, individual scientists, and those working in industry. Whilst there is something inevitable about genetic technologies, what remains to be seen is how we choose to use them. The danger with the commercially-driven approach to genetic technologies that governments are driving is that the window of opportunity for the public to be heard is closing.

THE most promising of all these new technologies is CRISPR-Cas9, a gene editing tool that makes it possible to directly edit DNA. It could one day be used to treat a variety of hereditary conditions, from cystic fibrosis to sickle cell anaemia. However, some of the scientists responsible for creating gene-editing technologies worry that it will be used to select, and even enhance specific traits, such as intelligence. This will eventually lead to choosing the genetic makeup of children — so-called ‘designer babies’ will become the new normal.

Towering intellectual figures, such as the late theoretical physicist Stephen Hawking, and the author of Sapiens and Homo Deus, historian Yuval Noah Harari, have expressed similar reservations about genetic technologies. Humanity, writes Hawking in Brief Answers to the Big Questions, was entering:

‘A new phase of what might be called self-designed evolution, in which we will be able to change and improve our DNA. We have now mapped DNA, which means we have read “the book of life,” so we can start writing in corrections.’

Hawking believed that only wealthy people are likely to have access to gene editing technologies, creating ‘significant political problems with the unimproved humans, who won’t be able to compete.’

GENOME sequencing — the process of determining the complete DNA sequence held on each of our genomes — could hold the key to improving our understanding of a range of diseases. Analysing someone’s genome can reveal their chances of developing certain debilitating or terminal illnesses, and help in developing personalised treatments based on genetic factors. In countries such as Ireland, the United Kingdom, France, and the United States, governments are sequencing and storing the genomic profiles of their citizens. Personal genomics companies, such as 23andMe, are similarly amassing vast databases of personal genomic data from customers that purchase their direct-to-consumer genetic tests.

THE human genome is a wealth of sensitive information, which could be used in many ways. As for how genomic data might be used and what decisions will be taken, the following indicates where we might be headed. We would be mistaken to assume that the largest ever genetics study, published by a group of 80 researchers in 2018, only concerns the genetic determinants of health; it has also focused on the degree to which our genes determine social outcomes, such as educational attainment. The researchers utilised something called ‘polygenic scoring’, a new kind of genome analysis measuring disease susceptibility and genetic variants linked to complex human traits, such as intelligence.

This same kind of genetic test will be offered soon by the UK government to the general population. They found that those participants in the top fifth of polygenic scores had a 57 per cent chance of earning a university degree, whereas those in the bottom fifth only had a 12 per cent chance.

It is thought that polygenic scores can measure a person’s IQ, and so predict their educational attainment. Some think that polygenic scores will soon be used in IVF clinics to select embryos for height, skin colour, and, eventually, IQ. Life insurers have already made the disclosure of any previous genetic tests obligatory. In the future, employers and educational institutions may see genetic information as having a predictive value, and thus could require polygenic scores for their own evaluations of candidates.

Would an educational system based on genetics — a new kind of eugenics — be desirable? Harari warns that with the algorithms of the future at their disposal, and the huge amount of data they are amassing, governments and corporations will know more about future populations than the citizens know about themselves. It’s easy to dismiss such claims, but let us not lose sight of the Edward Snowden revelations, as they are a powerful reminder that governments cannot always be trusted to use technology benevolently.

Hawking or Harari’s concern for the bigger picture is in stark contrast to the full-steam ahead approach currently taken by governments and big business. We believe that an informed public, whose voice is always heard when big decisions are made, is the missing piece. It could provide a bridge between the kind of interventions that Hawking or Harari have made, and the technocratic optimism, careerism, and commercial agenda that currently prevails. Without the public playing their part, we run the risk of sidelining crucial ethical and social concerns arising from genetic technologies.

Why the public voice must be heard

— Awareness raising campaigns, which should include a coordinated national and ongoing effort to educate the public, so that the public voice is properly informed when deciding how these technologies are used

— Workshops which bring the debate to life in schools, colleges, and universities — free to participate, and facilitated online for wider access

— Television and online campaigns and programmes featuring some of the brilliant minds that work both within the field and outside of it, which have the potential to capture the attention of the public, inspire them, and ultimately get them ‘up to speed’

— An independent body tasked with handling the social and ethical issues that arise from genome sequencing on the scale envisaged by the government. This body must have lay representation, as well as being independent from government and industry; it should have the capacity to provide much needed independent ethical oversight in genomics and editing

A NEW social contract for genetic technologies must not be mistaken with a passive acceptance of genetic technologies in the face of powerful societal tendencies. On the contrary, it is a pragmatic solution that has the potential to appeal to a wide range of stakeholders. A compromise which, by its very design, ensures that everyone — including those who have reservations about these technologies — can play an active part in the continuing debate despite the many steps that have already been taken.

The momentum for this must come from civil society organisations and the public. Whilst countries with a history of democracy must lead the way, not every government can be relied on to do this. Although we may need to force governments into giving the public a say, this could eventually lead to global standards for the governance of genetic technologies. We, at EthicsAndGenetics, plan to approach the World Health Organisation and UNESCO with our proposal for a New Social Contract. Our campaign: A New Social Contract for Genetic Technologies, begins with you.

OpenDemocracy.net, September 29. Edward Hockings is the director of EthicsAndGenetics, an independent, non-profit organisation.