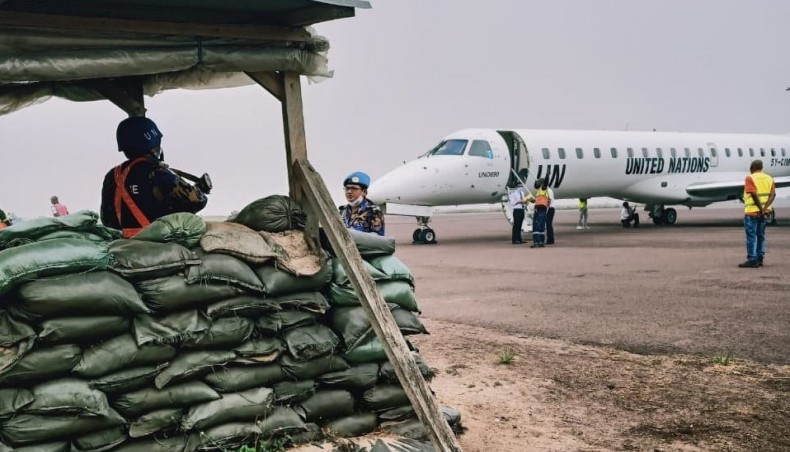 The female peacekeepers of the Bangladesh police have been given the responsibility of guarding the Mancuso Airport in DR Congo run by the UN Peacekeeping Mission, said a press release.

Members of BANFPU-1, Rotation-14 peacekeepers were guarding the airport, some 8,500km away from Bangladesh.

Rotation commander Merina Akter said that they have been performing their duties in a foreign country under the United Nations with great dignity and pride.