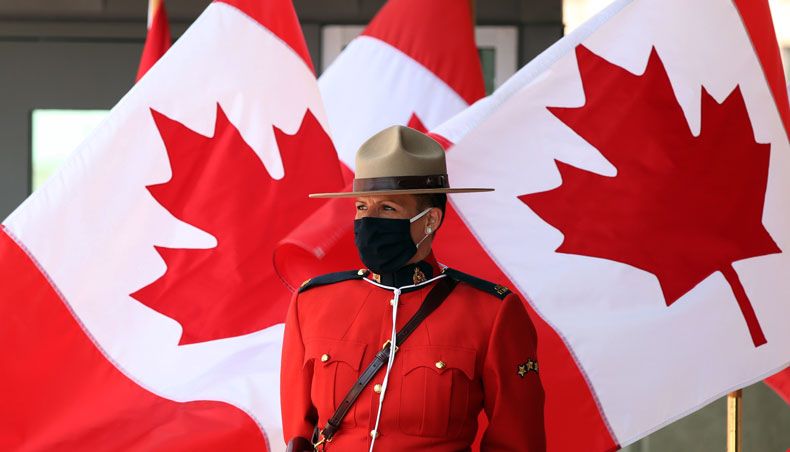 A Royal Canadian mounted police officer stands guard outside the Senate of Canada prior to the speech from the throne September 23, 2020 in Ottawa, Canada. — AFP photo

Canada on Wednesday extended a ban on non-essential international entries until the end of October as the country was gripped by a surge in coronavirus cases.

The extension came amid a second wave of infections caused in part by the return to school or work of millions of Canadians after summer breaks.

‘We are extending the existing restrictions on non-US international travel into Canada until October 31, 2020,’public safety minister Bill Blair said in a Twitter post.

The restriction, which had been in force since mid-March, made an exception for spouses, children, parents or guardians of Canadian citizens or permanent residents.

The US had a separate relationship with Canada under which non-essential travellers weren’t allowed into Canada but essential workers could get across the border. That arrangement expires on October 21.