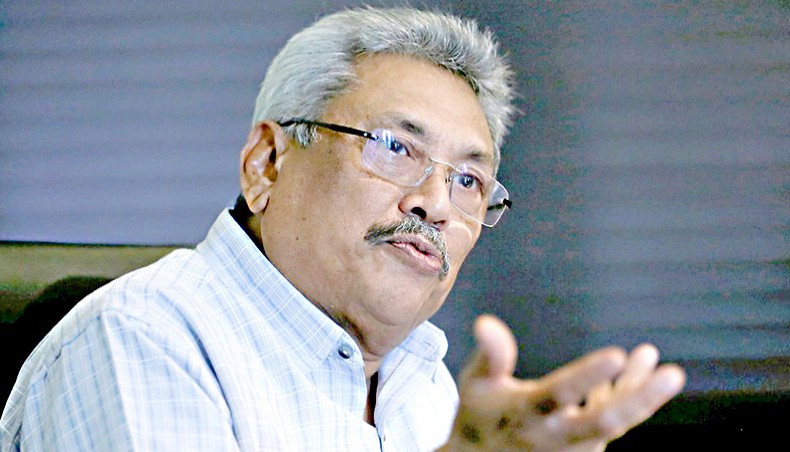 PRESIDENT Gotabaya Rajapaksa’s statement that his verbal orders should be considered as circulars to be implemented has generated considerable interest as it goes against the norms of state administration. There has been much commentary on it, not all of it positive. The president issued this directive at a meeting organised for him in one of the country’s most underdeveloped areas. His desire to cut through layers of bureaucracy on the spot could be based on his previous experience as a serving military officer and later as defence secretary. The large number of requests made by the residents of the village of Velanwita in the Badulla district could have been the reason the president made this announcement to ensure that the decisions he was making would be implemented.

Velanwita which was the focus of the president’s attention will be a fortunate beneficiary of his visit. It was clear that the president was not satisfied with the findings he made regarding the living conditions of the people who had voted for him in very large numbers. He visited the homes of people and also their agricultural lands to get a first-hand experience of the problems that needed the government’s attention. While in Velanwita he issued another directive that if a written inquiry from one institution did not receive a reply within fourteen days from another institution, it would be deemed to be approved. This may solve the problem for those who seek the approval. However, the potential to adversely affect the rights of others needs to be considered.

Among the decisions taken by the president to improve the life of the people was to upgrade the road, provide drinking water and to provide electricity to the village within three months. In addition, he ordered that the village school be provided with a new building and to increase the number of teachers. As there were also people from neighbouring villages who attended the meeting they too presented their problems which received solutions. All of these people can consider themselves to be fortunate as they will be getting first priority among all other villages when it comes to obtaining funding from the government budget which is presently in deficit due to the shortage of financial resources. The national economy needs to expand and wastage needs to be reduced if this largesse is to reach a wider population.

IDEALLY, the presidential intervention in Velanwita village needs to be replicated in many thousands of other villages whose people continue to lag behind in development. As the president cannot be involved in developing each and every village there is a need to rely on the government administrative services to deliver these results. There is also a need to release more financial resources for development and to increase the efficient administration of those resources. This calls for a holistic approach in which accountability for the use of scarce financial resources needs to get adequate priority. This brings up the need for the government to consider the lacuna in the 20th amendment, which significantly reduces the role of the state audit mechanism which is there to ensure that resources are not misallocated or misused. The government has yet to explain its rationale for removing massive state enterprises from being audited by the office of the auditor general.

Reforming the state administration system so that it delivers better results, rather than attempting to bypass it without setting up a better system, is necessary if the country is to develop to its full potential. This requires a process of consultation with members of the state administration system. Many, if not most of them, are highly capable officers and would wish to work in a system that delivers the best results to the people. There are multiple motivations that cause people to apply for state sector jobs. These include obtaining stable and pensionable employment. But those are not the sole motivating factors and a strong spirit of service and patriotism is also there which needs to be supported and encouraged.

For any system to work, those in it should know what is expected of them and possess the authority and resources to deploy to deliver the result. A verbal directive may be the first indication of what is to be done. But it cannot be the only indicator as verbal communication can be misheard, misunderstood and misinterpreted. Written communication that follows the initial verbal directive will therefore be necessary for efficient delivery of development objectives. It is invariably the case in verbal communications that what emerges down the line is something significantly different from what was passed down at the outset. The tragic fate undergone by the country in the Easter bombings might have been averted if those in charge of national security at that time had resorted to written communications instead of verbal ones, where all can now be seen to have passed the buck and all deny responsibility.

THE need to show results on the ground, and to improve the life of the citizenry, is looming large in president Rajapaksa’s priorities as demonstrated by his surprise visits to government departments in the capital and now to the most rural villages in the country. This desire to show results may result in the advocacy of short cut methods to speedier implementation of development activities. But this must not be at the cost of the integrity of the system as a whole. The top-down system that functions effectively in the military is not appropriate to civilian governance. The president’s directive regarding his verbal orders is one example where the needs of civil governance are unlikely to be met. Another area of concern would be the reduction in audit scrutiny of government institutions as proposed by the 20th amendment.

Best practices in the military are where speedy decision making is provided by having rigorous systems in place. Those in the military cannot step outside of those systems which have been developed through long years of national and international experience. This same efficiency now needs to be brought to the civilian administration system in regard to delivering state-led development to the people. This requires strengthening the civil administration system which is based on consultation and assessing the needs of multiple parties. There are both national and international standards here that need to be met in regard to accountability for funds used and responsibility for decisions made that are fundamental to governance.

The president’s resolve to speed up decision making in the government bureaucracy needs to be appreciated. There are a large number of examples that can be given where development initiatives at the local level do not progress because of objections on the part of individuals with legal rights or by others who have environmental considerations. This is seen as a setback to development when it needs to be seen in a wider perspective as protecting the rights of all, including the environment. But the way forward is to strengthen the prevailing systems and not to weaken them. The challenge is for the government to ensure that the mandate received by the president and government is successfully implemented in a manner that benefits the whole country and not only sections within it. This requires constructive engagement with the public administration system as a key partner in the development effort.