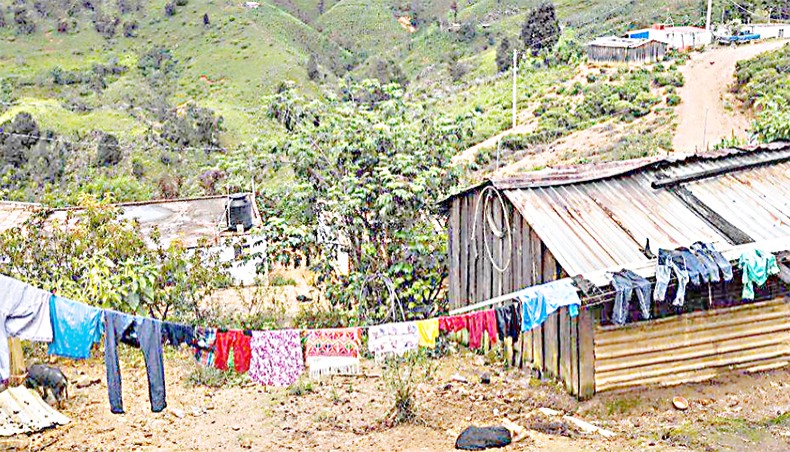 Life is not the Olympics, where talent and training determine an athlete’s performance. It’s more like a Roman arena in which well-armed gladiators vanquish unarmed victims who lose not because they did not try hard enough, but because of the asymmetrical initial distribution of armour, writes Yanis Varoufakis

THE Olympic 100-metre final is about to begin. The crowd roars at the sound of the starting gun. The sprinters are off. But, after 30 metres, the frontrunners slow down, as if in solidarity with the laggards. They have not chosen to do so, but new rules set strict limits on the maximum distance separating the winner from the last-place finisher.

Conservative opponents of income and wealth redistribution have this kind of analogy in mind when they lament the ‘politics of envy.’ They envision the rich as sprinters that do-gooders want to slow down by law and through punitive taxes.

But life is not the Olympics, where talent and training determine an athlete’s performance. It’s more like a Roman arena in which well-armed gladiators vanquish unarmed victims who lose not because they did not try hard enough, but because of the asymmetrical initial distribution of armour.

In the 1950s and 1960s, hard work and an innovative mind could perhaps be relied upon to lift people from poverty and propel them upward. But that was possible only because society imposed constraints on what the ultra-wealthy, bankers especially, were allowed to do with their money. Since those constraints were removed, with the collapse of the Bretton Woods system and the ensuing financialisation of our economies, working long hours and showing immense flair may get one nowhere.

The problem facing most people, especially the young, is not that superstars like Warren Buffett are leaving them behind. It is that they are being held behind by stagnant investment and wages, owing to the simple fact that the wealthy get wealthier almost in their sleep, for reasons that have nothing to do with effort, entrepreneurship, or parsimony.

Even the great innovators are part of the problem. Jeff Bezos had foresight, revolutionised retail, and made a fortune. But what part of his $200 billion is a reward for his smart thinking and entrepreneurship? And what part of his current wealth is simply a function of his previous wealth?

While it is impossible to answer such a question precisely, the greatest proportion of the world’s wealth does not find its way to society’s innovators or maintainers. As wealth accumulates in few hands, the rest of the economy gradually becomes a desert.

This is not news. We have always known that exorbitant market power underpins exorbitant wealth, which then feeds back into even greater market power. And this is the crux of the matter: nothing retards productivity and depresses employment as efficiently as exorbitant market power. To invoke the conservative analogy, not even the fastest runners can win when the wealth commandeered by the ultra-rich turns the track into sand for everyone else. That’s why the most soul-destroying poverty and the largest number of ‘deaths of despair’ are observed in countries where wealth concentration is soaring.

What should we do about highly concentrated wealth? How do we redistribute it fairly and efficiently?

A wealth tax is much in vogue today. But no legally and politically feasible wealth tax can reduce substantially the current levels of crushing inequality. Moreover, it enables conservatives to cast doubt on wealth redistribution by asking pertinent questions: Should the state evict the poor heir of a good house if she can’t afford to pay the wealth tax? How do we price an asset, such as a stamp collection, without first auctioning it off?

Fortunately, there are proven ways to redistribute wealth without violating anyone’s rights or crossing ethical lines. In 1906, Theodore Roosevelt famously broke up Standard Oil and other cartels despite a chorus of opposition bemoaning his attack on innovation and entrepreneurship. Following the 1929 Wall Street collapse, another Roosevelt, Franklin Delano, faced the same chorus when he put the financial genie in a bottle. With these two moves, the Roosevelts effected a redistribution of wealth and power that nothing short of a revolution could accomplish.

Of course, the powerful find ways to shake off such shackles. After the Bretton Woods system collapsed in 1971, Wall Street and the cartels began to dominate again. Today, three megafirms, BlackRock, Vanguard, and State Street, own at least 40 per cent of all American public companies and nearly 90 per cent of those listed on the New York Stock Exchange.

Tacit collusion is rampant, because every CEO knows that the parent megafirm is likely to be talking to CEOs of rival companies that it also owns. The result is higher prices, less innovation, lower investment, and, naturally, stagnant wages.

Power was further concentrated after Wall Street imploded in 2008 and central banks began to pump rivers of money into the financial system. Levering up the central bank money, the gargantuan cartels used this liquidity to invent new forms of complex debt and to buy back their own shares, sending share prices (and, naturally, bonuses) into the stratosphere while starving the world of investment in quality jobs and green infrastructure.

Megafirms also indulged in another favourite pastime: usurping markets, buying politicians, and capturing regulators — in short, poisoning liberal democracy. By the time COVID-19 sent the real economy further into depression, the world of finance had decoupled fully from the real economy, turning capitalism into a type of techno-feudalism.

To end this regime, we must update the two Roosevelts’ interventions. Instead of wasting energy on an ineffective wealth tax, progressives should concentrate on a three-pronged strategy.

First, central bank money must be exclusively directed to support public investment in the green transition and other public goods. Second, corporations that monopolise large marketplaces of their own making — as, say, Amazon and Facebook have done — should be broken up. Lastly, a proportion of large corporations’ shares (perhaps 10 per cent) should be deposited into a social equity fund to fund a universal basic dividend.

This combination of policies, drawing inspiration from anti-trust and New Deal legislation of yesteryear, could revive the economy, revitalise democracy, and save the planet. If political economy were an Olympic event, the gold-medal favourite would be clear.

CommonDreams.org, September 28. Yanis Varoufakis, who resigned as finance minister for Greece’s Syriza-led government on July 6, 2015, is the author of The Global Minotaur and a visiting professor at the University of Texas at Austin.