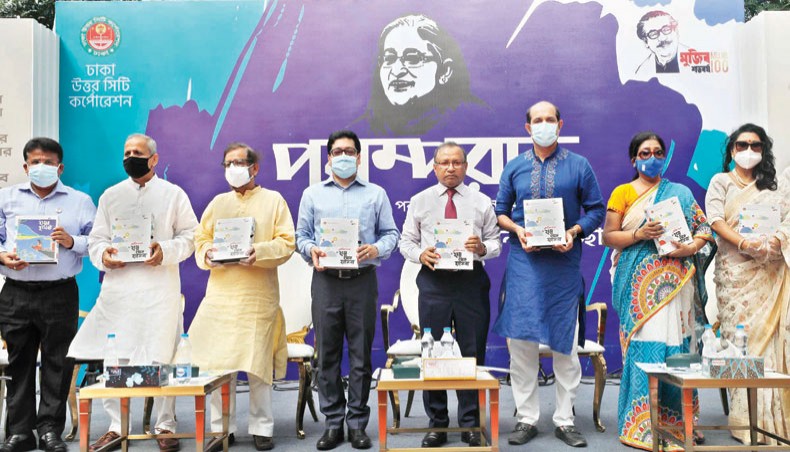 The 74th birthday of prime minister Sheikh Hasina, also president of ruling Awami League, was celebrated across the country on Monday.

The Awami League, its associate and front organisations and different government and private organisations held various programmes marking the day.

Hasina, the eldest daughter of the country’s founding president Sheikh Mujibur Rahman, was born at Tungipara in Gopalganj on September 28, 1947.

Sheikh Mujib was assassinated along with all but two of his family members on August 15, 1975 at his Dhanmondi residence in Dhaka by a group of army personnel.

Sheikh Hasina and her sister Sheikh Rehana survived the killing as they were abroad at that time.

She is the longest-serving prime minister of Bangladesh.

Marking the day, AL organised a discussion at the Krishibid Institute of Bangladesh while special prayer sessions held at the Baitul Mukarram National Mosque and other mosques across the country, and at International Buddhist Bihar, Christian Association of Bangladesh’s Baptist Church and the Dhakeshwari National Temple in the capital.

Extending birthday greetings to Sheikh Hasina in an online briefing from his official residence, Awami League general secretary Obaidul Quader said that prime minister Sheikh Hasina is the symbol of development as she brought a dignified status for the country in the entire world with glorious achievements.

During her college life, Hasina was elected the vice‑president of Eden Girls’ College Students Union.

Later, she enrolled in master’s degree programme at Bengali department of Dhaka University.

After the assassination of her parents in 1975, Sheikh Hasina and her family received political asylum in India, where she stayed till 1981. That year, she was elected the AL president in absentia.

The Investment Corporation of Bangladesh held another prayer session at the head office on the occasion.

Janata Bank organised a discussion and a prayer session seeking divine blessing for her good health and long life.