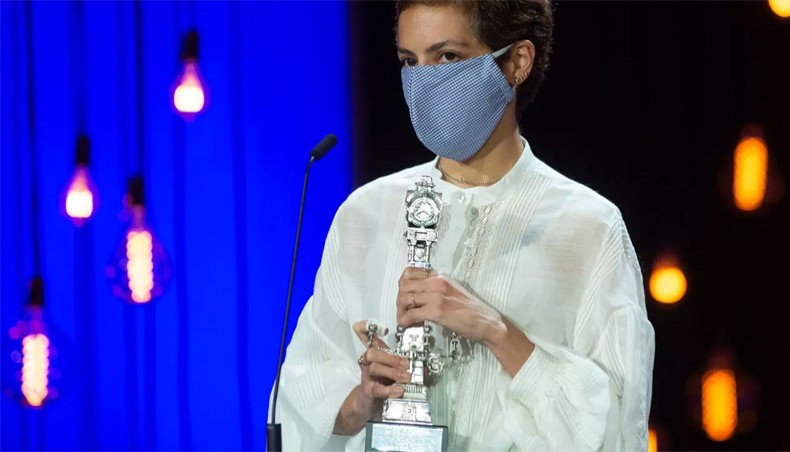 The Franco-Georgian production centres on a community of Jehovah’s Witnesses in remote rural Georgia, and tracks the growing psychological torment of its leader’s wife -- played by Ia Sukhitashvili who picked up the best actress award -- in the wake of an extremist attack on their place of worship.

The movie, which had been set to premiere at the Cannes films festival earlier this year, which was called off due to the pandemic, also won the best screenplay prize at an awards ceremony late on Saturday.

‘I want to thank the jury for this fantastic, incredible day. It means a lot to me, it’s a great honour,’ said Kulumbegashvili, 34, at the ceremony.

The 68th edition of the festival held in the northern Spanish seaside resort, the biggest such event in the Spanish-speaking world, saw 13 films in competition, fewer than usual.

With Covid-19 cases rising again in Spain, a strict safety protocol was put in place requiring the use of face masks and limiting screenings to 40 percent to 60 percent of seating capacity.

The festival was originally intended to honour Spanish language films but has established itself as one of the most important film festivals in the world.

It hosted the world premiere of Alfred Hitchcock’s spy thriller ‘North by Northwest’ in 1959 and Woody Allen’s ‘Melinda and Melinda’ in 2004.