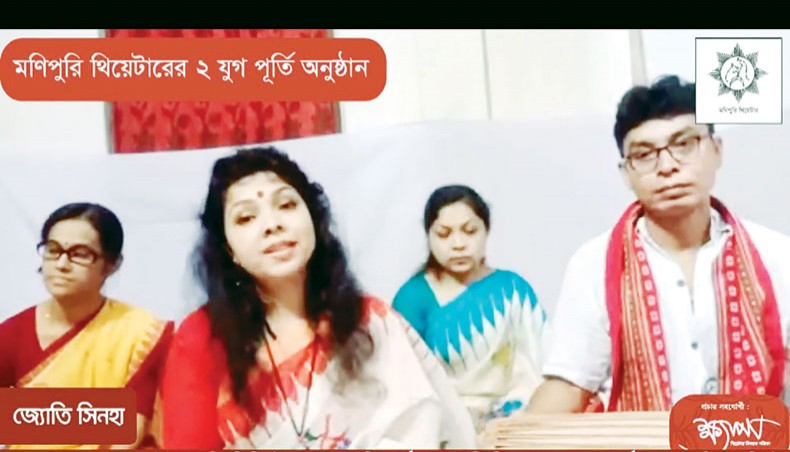 The event, titled ‘Manipuri Theatre-er 2 Jug Purti’, featured music show, discussion, quiz competition and others. It was streamed live on the Facebook page of the troupe at 10:00pm.

‘First of all, I want to recall my father Lalmohan Singha who was the patron of Manipuri Theatre. I also thank all troupe members and audience for their support during our 24-year journey. We are working to promote Manipuri culture across the country. Though every year we celebrate the troupe’s founding anniversary organising various colourful events, this year we have organised an online programme due to COVID-19 outbreak,’ said Shuvashish Sinha.

The troupe also streamed recorded videos of its 20th founding anniversary celebration programme, which was held at the National Theatre Hall of Bangladesh Shilpakala Academy in 2015.

Manipuri Theatre made its debut on September 26, 1996 at Kamalganj, Maulavibazar with the play ‘Megh Brishti Roud’.

The troupe, recipient of ‘Arju Smriti Natya Padak 2008’ and ‘SM Solaiman Pranodona 2013’, has produced plays in both Bangla and Manipuri languages.