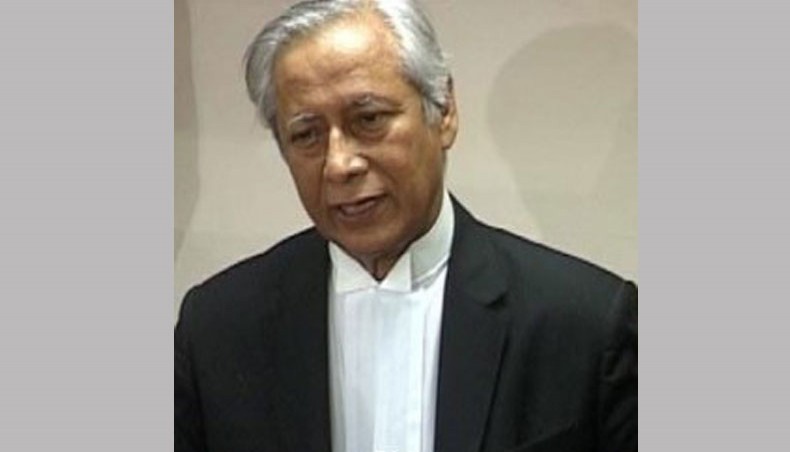 Mahbubey Alam’s son Sumon Mahbub confirmed that his father died at about 7:30pm.

He is survived by his wife, a son and a daughter, four grandchildren and many well-wishers to mourn his death.

Mahbubey Alam was on life support after he had been shifted to the intensive care unit of the CMH on September 18.

He was admitted to the hospital with fever on September 4 and tested positive for CoVID-19 on the same day.

The attorney general attended his office for the last on September 3.

Mahbubey Alam had served as the country’s attorney general for 11 years and eight months at a stretch until his death.

He was appointed attorney general on January 13, 2009 after the Awami League came to power on January 6, 2009.

Mahbubey Alam served as vice-president of Bangladesh Juba Union after he enrolled as advocate and also appointed as law affairs secretary to Gono Forum in 1993-1994.

The president, Md Abdul Hamid, the prime minister, Sheikh Hasina, the chief justice, Syed Mahmud Hossain, and the law minister, Anisul Huq, among others, expressed condolence for the death of the attorney general.

The president in a condolence message said that Mahbubey Alam had shown extraordinary skill in dealing with different cases, including Bangabandhu murder and crimes against humanity cases.

‘He was a front-fighter in establishing the rule of law . . . His death is an irreparable loss to the country,’ he said.

In her message, Hasina said, ‘The nation will always recall the contribution of Mahbubey Alam to the country’s law arena.’

The chief justice said that he had 28-year good relationship with Mahbubey Alam being an honest and dedicated personality.