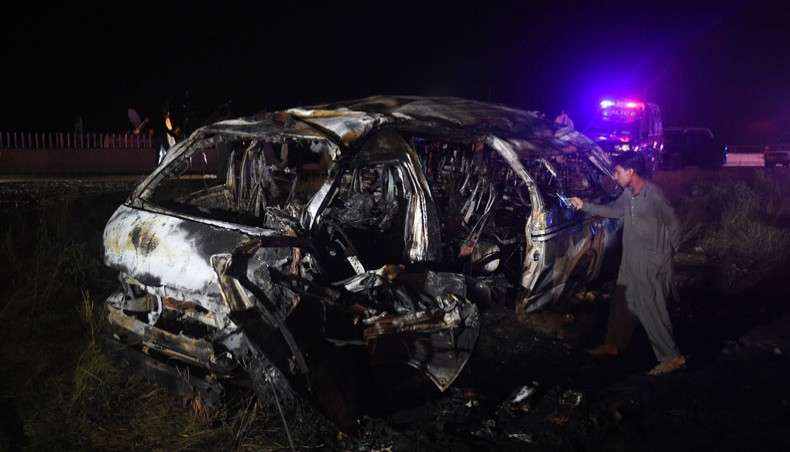 A man looks on at the wreckage of a burnt passenger van following an overnight accident in the Nooriabad area on a highway some 50 kilometers from Pakistan's port city of Karachi late on September 26, 2020. — AFP Photo

At least 15 people were killed when a passenger van travelling in southern Pakistan crashed and caught fire, officials said Sunday.

The van was carrying passengers from Karachi to Hyderabad city when it struck an object and careered off the road late Saturday.

‘The death toll in the accident has reached 15,’ Owais Shah, the transport minister of Sindh province, told AFP.

Five other people were injured, three of them critically, he added.

Investigators were looking to see if a natural gas cylinder aboard the bus had contributed to the inferno.

Such incidents occur frequently on Pakistan’s roads, where speeding, dilapidated vehicles and badly maintained roads all contribute to the accident rate.