Verdict in arms case against Papia couple on Oct 12 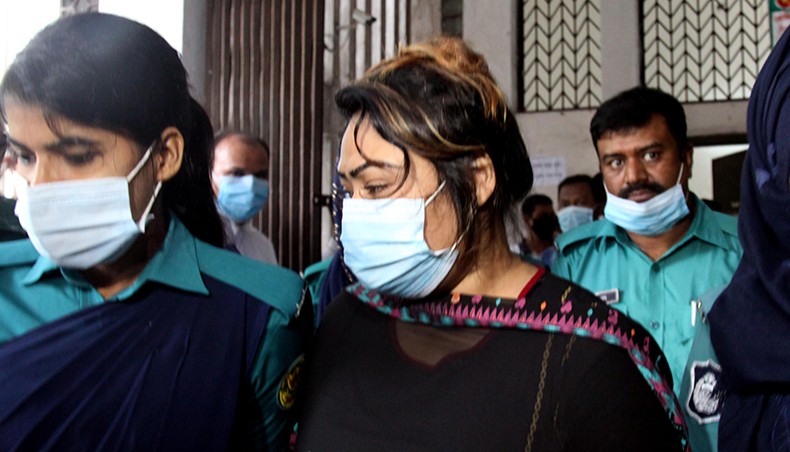 Judge KM Imrul Kayes of the court set the date on completion of case summing up arguments from the couple’s lawyers.

The couple’s lawyer Mustafizur Rahman told the court that the prosecution failed to prove the charges against his clients and sought their acquittal.

He argued that the prosecution failed to produce any neutral witness in the case to prove the allegation against his clients.

On September 24, the prosecution completed their case summing up arguments and claimed that they could prove the case beyond any shadow of doubt.

The prosecution sought the highest punishment prescribed in the law for the couple in the case.

During the trial, 12 prosecution witnesses were examined in the court.

The duo was indicted on August 23.

A team of Rapid Action Battalion arrested Papia and her husband -- a former Chhatra League leader -- and their two accomplices from Hazrat Shahjalal International Airport in Dhaka on February 22 when they were trying to leave the country.

An arms case was filed against the couple with Sher-e-Bangla Nagar police station on February 24.