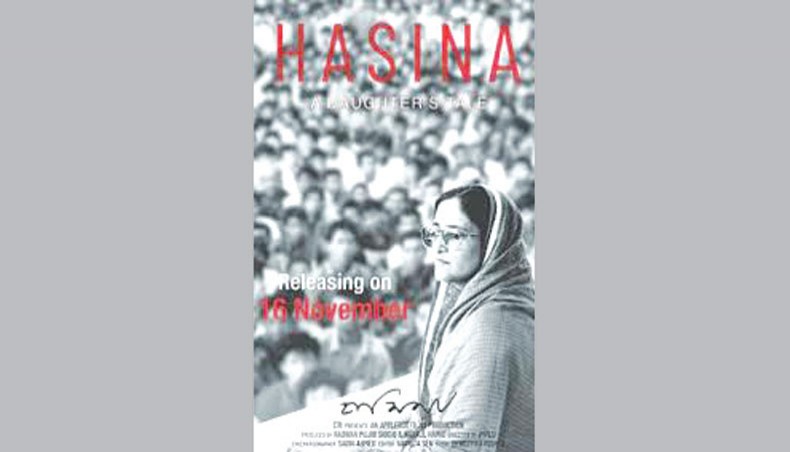 Poster of ‘Hasina: A Daughter’s Tale’

‘Hasina: A Daughter’s Tale’, a docudrama depicting the trials and tribulations prime minister Sheikh Hasina went through following the assassination of her father Sheikh Mujibur Rahman, is set to be rescreened on different television channels on Monday.

The docudrama will be aired on a number of television channels including Bangladesh Television on September 28 marking Sheikh Hasina’s birthday, said a press release of Centre for Research and Information on Saturday.

‘Hasina: A Daughter’s Tale’ premiered at Star Cineplex on November 15. Following its screening at Star Cineplex, Blockbuster Cinemas, Modhumita Cinema Hall and Silver Screen, the docudrama reigned the box office for two weeks in a row. It was later screened in 35 cinemas across the country.