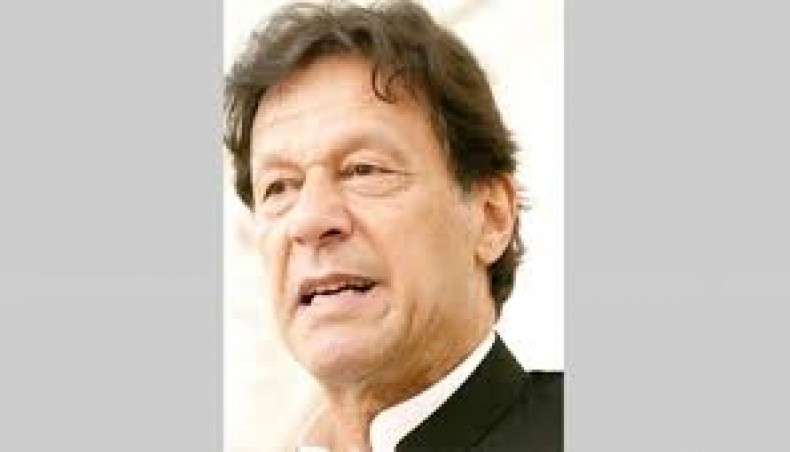 Pakistani prime minister Imran Khan on Friday condemned the fresh publication of cartoons of the Prophet Muhammad by a French satirical weekly, urging UN efforts against what he called rising Islamophobia.

Addressing the UN General Assembly in a prerecorded message, Khan said that rising global nationalism has ‘accentuated Islamophobia’ and said that Muslims ‘continue to be targeted with impunity in many countries.’

‘Incidents in Europe including republication of blasphemous sketches by Charlie Hebdo are recent examples,’ Khan said.

‘We stress that wilful provocations and incitement to hate and violence must be universally outlawed.

‘This assembly should declare an international day to combat Islamophobia and build a coalition to fight the scourge.’

Charlie Hebdo, known for its irreverent humour and absolutist belief in free speech, has repeatedly stirred anger in the Islamic world by publishing cartoons of the Prophet Muhammad.

Many Muslims consider any physical depiction of their prophet to be blasphemous.

Twelve people were killed in an attack by Islamist gunmen on Charlie Hebdo’s office in Paris on January 7, 2015.

In a defiant gesture timed with the trial this month of accomplices to the massacre, Charlie Hebdo reprinted some of the caricatures.

On Friday, a man with a cleaver wounded two people outside the newspaper’s former offices in Paris before being arrested by police.

Blasphemy is an especially sensitive issue in Pakistan, which has seen mob or vigilante killings of people accused of disrespecting Islam.