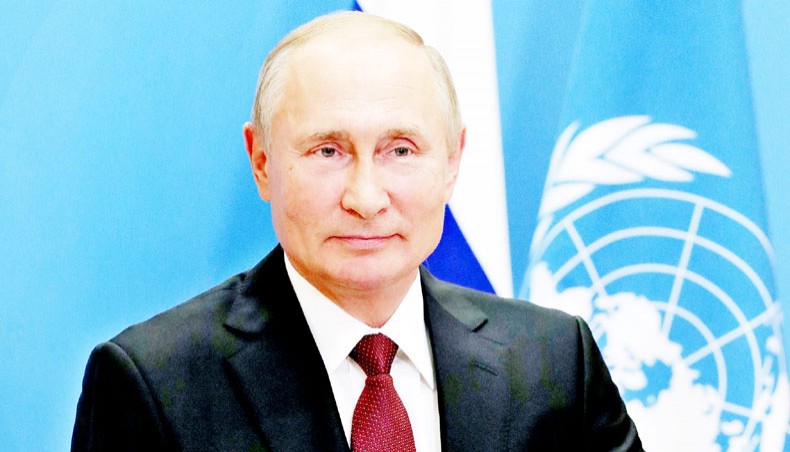 Russian president Vladimir Putin proposed Friday concluding a pact with Washington against interfering in one another’s elections and internal affairs, just weeks before the US hosts a divisive presidential vote.

Foreign minister Sergei Lavrov read out Putin’s statement in a video released by the ministry, while the Kremlin chief was visiting massive military drills involving China and Iran in southern Russia.

Western countries have for years accused Russia of using hackers and internet trolls to sway the outcome of elections, and US intelligence officials have said that Moscow is once again manipulating social media in favour of Donald Trump as it did in 2016.

Putin’s proposal for a non-interference pact in cyberspace came amid Kremlin accusations that Western countries are mounting a ‘disinformation’ campaign against Russia over the poisoning last month of opposition leader Alexei Navalny in Siberia.

In his statement, Putin called for the two countries to ‘exchange guarantees of non-interference in each others’ domestic affairs including elections,’ and particularly noted the use of ‘information and communication technologies’.

He also called for a global pact agreeing not to use such methods to deal ‘the first blow’ in conflicts.

‘One of today’s major strategic challenges is the risk of a large-scale confrontation in the digital field,’ the Russian leader said.

‘A special responsibility for its prevention lies on the key players in the field of ensuring international information security,’ he added.

He also suggested that Moscow and Washington strike a deal to prevent cyberspace incidents, comparing that to a 1972 Soviet-American agreement to reduce the possibility of an incident at sea or in the air and an escalation in tensions.

He added that dialogue should be restored between Russian and US officials on key issues of international information security.

Professional dialogue should not become ‘hostage to our political disagreements,’ Putin said.

Trump, whose campaign had murky ties to Russian operatives offering assistance during his 2016 victory against Hillary Clinton, has repeatedly criticised his intelligence officials who consistently say that Moscow still poses the chief danger.

In addition to interfering in US politics, a hacking group believed linked to Russian intelligence services was accused by British officials of trying to steal information on coronavirus vaccines.

The British government this year also accused ‘Russian actors’ of seeking to disrupt the 2019 general election by circulating leaked trade documents between London and Washington.

Lavrov said Friday that over the past few years Russia has been accused of undermining US elections and ‘the entire domestic political system.’

‘As we’ve repeatedly said, there is no basis for such statements,’ he added. ‘We are in favour of professional and constructive discussion of all existing problems’ through negotiations, Russia’s top diplomat said.

The Kremlin has repeatedly brushed off all allegations of election meddling and interference and instead accused Western leaders of waging a disinformation war against Russia.

This week, its foreign ministry accused European countries of ‘unleashing a massive disinformation campaign’ over the poisoning of Navalny, whose allies say he was targeted with Novichok in a state-sanctioned attack last month.

Labs in Germany, France and Sweden have said they confirmed that the 44-year-old anti-corruption campaigner was poisoned with the Soviet military-grade nerve agent.