Will lockdown wipe out lifestyles built over 30 years? 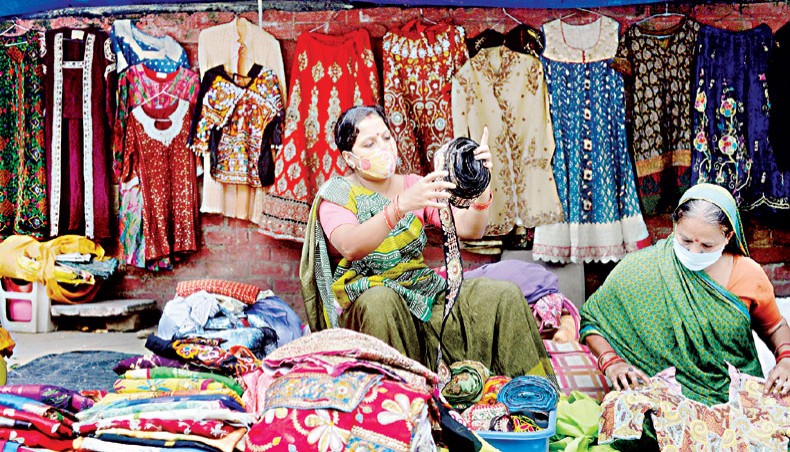 THE ancient Indian protocol for social distancing is embedded in the lines my yoga guru, from the famous ashram in Monghyr, Bihar, taught me:

The current etiquette of social distancing possibly has precedent in past practice. Arrival of outsiders may well have wrenched us away. With Freudian prescience, Akbar Allahabadi put his finger on the nub of the matter:

(How should an infant inherit characteristics of his/her parents on a diet of powdered milk and government education?)

The lockdown outlawed any toing and froing, conditions which Ghalib had described with great simplicity about Delhi during 1857:

(No one from there can come here; | Likewise, no one from here can go there)

This limitation on visiting each other soon began to reveal our instinctive comfort level with social separation. We were quite comfortable within the Lakshman rekhas we sketched around ourselves. More revealing were telephone conversations with neighbours, and members of the Residents Welfare Association. What they expressed was indifference to the migrants who had walked away from the suddenly imposed penury, joblessness, no roof over their heads in the torrid heat — and now it seems, the approaching winter. Were these millions condemned by their ‘karma’, to be judged for suitable slots only in the next life?

When I visited South Africa to cover Mandela’s release what struck me were not the exclusive white enclaves. I had expected them. After all that is what apartheid was all about. What astonished me was Lenasia, the Indian colony outside Johannesburg. Sprawling mansions with two swimming pools was the lot of many Indians. Unlike the joyous ‘black’ South Africa, much the overwhelming majority, Lenasia was uneasy at the end of white rule. It was possible to meet Manek Patel in his bungalow who thought ‘apartheid helped keep bloodline pure’.

Hierarchies and class are inescapable. A revolutionary like Ho Chi Minh did live in a modest, two room oak cottage but it had the nicest view of the lake. The rare visa which enabled me to cover the 1979 China-Vietnam war was arranged by a member of the Bao Dai family, an old Vietnamese aristocracy.

The Indian hierarchy, based on caste, is unique. Unlike racism, it is not based on prejudice: it is simply a time honoured practice which draws red lines, not to be crossed, between occupation based caste groups arranged in a vertical hierarchy. Egalitarianism disrupts these red lines. The unease with the constitution is deep seated for this reason with the present regime which harks back to a pre-Islamic ‘golden past’.

As we enter the seventh month of the lockdown, it may be worthwhile taking stock. My wife and I (and a live-in help) have been moderately cautious: we have entertained, keeping social distancing and never having more than four guests. Likewise, we have visited friends for meals, and taken the masks off, once seated.

My daily three kilometre walk in the park adjacent to our apartment (I take off the mask; it suffocates me) has been sacrosanct as has been my yoga. The clan in hundreds spread across north India, has so far reported no expiry. But there have been three positive cases in Lucknow including an 85 year old with comorbidities. They recovered within three days and three children in the same apartment remained untouched by the virus.

The bleakness that I see ahead cannot be extrapolated from our experience in the health arena. It is the economic sphere, joblessness, abysmal drop in resources, redesigned kitchen budgets, even within cousins where darkness is catching up.

A visit to South Delhi’s Select City Mall was scary. Hanuman Chalisa was being chanted in the biggest food mart to invoke the monkey god. The lobby of the five star hotel was as eerie as the empty road in Hitchcock’s North by Northwest, where a biplane swoops down on a terrified Cary Grant. A five star restaurant without a customer abutting a bar, stocked to the ceiling, but without a soul. Trust Ghalib to invade my mind:

(Goblets and cups are full to the brim, but the tavern is totally empty)

How long will Indian capitalism survive such tightly sealed goblets? COVID-19, I suspect, will wipe out lifestyles boosted by 30 years of reform. The new middle class will revert to their first car, the Maruti and mother’s vegetarian recipes.

This middle class may adjust without too much fuss to the pre-reform austerities, a mood that will dovetail nicely in the march towards Hindu Rashtra. A fly in the ointment may well be mass anger. After all, those who walked, their ranks swelled by the jobless and the hungry, will ask questions. Will bread trump faith? To forestall any trouble on that count, the regime has already unfurled a range of draconian measures to put away anyone with a talent to mobilise public anger. As a backup there is also the scary virus as a deterrent against public anger bursting onto the streets. This scarecrow can be made scarier. But that might accelerate velocity of the economy’s nosedive. Which economy? What better way to stop the leak than to sink the ship? Salvation shimmers over the sands as silhouettes of the Hindu Rashtra appear.