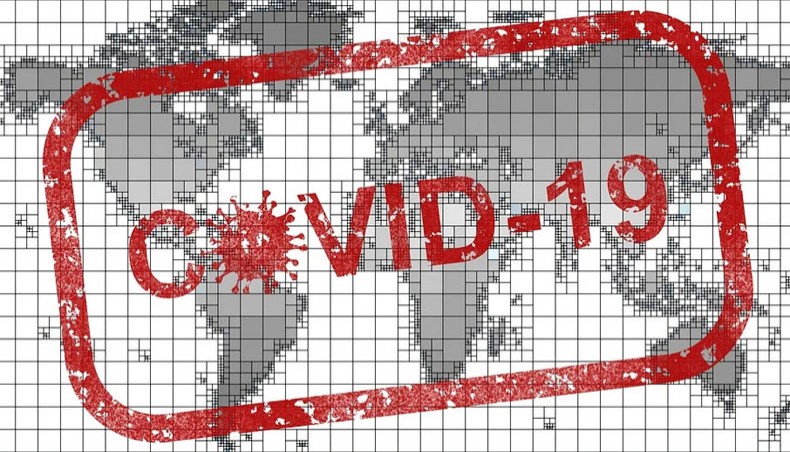 Disproportionate rates of poverty, combined with a pervasive lack of access to quality healthcare are allowing the virus to race through some minority communities like fire through a dry forest, writes Beau Peters

It sometimes feels incredible that this time last year, many of us had never even heard of coronavirus. There had been no lockdowns. No lives lost. No economic collapse.

And for many of us, the threat of a pandemic felt like a relic of the last century, something about as menacing as hat pins, phonograph needles, or corsets laced too tightly.

But now the pandemic has come and the danger has shown itself to be very real. COVID-19 has not just revealed to us the limits of modern medical science, however, or our continued vulnerability nearly as old as humanity itself.

No, the coronavirus has shown us much more. Above all, it has shown us the profound inequities that so many in our society face.

The gaps might have been papered over in the rush and distractions of ordinary life, but when the ordinary became extraordinary, they can no longer be ignored.

STUDIES show that it is not only the elderly and the immuno-compromised who are at greatest risk from COVID-19. Minority populations are far more likely than the general population both to contract the virus and to die from it.

Disproportionate rates of poverty, combined with a pervasive lack of access to quality healthcare are allowing the virus to race through some minority communities like fire through a dry forest. Perhaps most frightening, these disparities aren’t the result of some residual anachronism, the lingering effects of centuries of racial injustice.

Instead, as the world retreated into lockdown and those who could transitioned to telecommuting, countless workers were left behind. And what this reveals, above all, is the casualties of the Fourth Industrial Revolution.

While technological innovation is boosting the standard of living the world over, the pandemic has thrown into stark relief the reality that not everyone is a beneficiary of modern progress. According to a recent study from the Bureau of Labour Statistics, less than 40 per cent of American workers were able to transition to fully remote work.

And the disparities fall strongly along racial lines. While nearly 30 per cent of Caucasians are employed in jobs that allow them to work from home, that percentage drops to less than 20 per cent for Blacks and just over 16 per cent for Latinos.

THE profound opportunity gaps suffered by racial and ethnic minorities are coming to the fore through the disproportionate infection and mortality rates of COVID in these communities. But coronavirus is also casting a spotlight on the inequities people with disabilities face.

Among the most pernicious forms this marginalization takes is in the lack of employment opportunities for people who have a disability. Research shows that companies that hire employees with disabilities generate 30 per cent more revenue on average than those that do not.

Nevertheless, the unemployment rate in the disabled community is significantly higher than that of the general population. It would seem, then, that the nationwide shift to telework would be particularly good news for persons with disabilities, particularly those with mobility issues or those who have health conditions that make them vulnerable to the virus.

The reality, however, is that substantial barriers to today’s technologies, including teleworking technologies, persist for many of those who have a disability. And this only serves to underscore the broader lack of accessibility in the physical world beyond the internet.

People with disabilities may have limited opportunities to work a standard 40-hour job in a traditional office environment. This could be due either to health constraints or to physical or institutional and ideological barriers within the company itself.

In the age of telework, however, such barriers are often translated to challenges in accessing the technologies that would enable people with disabilities to use the internet and fully engage in virtual work.  This might include mobility challenges that make the use of a computer keyboard difficult; vision impairments that might make researching the internet an impossibility, or learning disabilities that make working with text-based documents a formidable challenge.

IT IS not only minorities and persons with disabilities who are disproportionately affected by the pandemic. Those who live in rural areas are also particularly vulnerable. The coronavirus pandemic has also revealed profound inequities endured by those living in the most underserved areas of the nation and the globe.

Rural communities, for example, are characterized by a lack of consistent, quality healthcare. However, robust supportive care, such as that provided by family nurse practitioners is being dispatched to bridge that gap.

As significant as the dearth of rural medical care, though, is the impact of the disruption in the global food supply caused by the pandemic. More than 250 million people worldwide are expected to face acute hunger as a result of the global lockdowns. As food shortages spread, the lack of social protections for the world’s most vulnerable populations threatens to teach a devastating lesson on just how many of us live each day balanced on the razor’s edge.

COVID-19 has not just changed our world. It has taught us to see it for what it really is. And in far too many cases, that has meant uncovering the gross inequities and profound injustices that we would rather close our eyes to. It has cast into the light of day realities our ;normal; lives had for far too long kept shrouded in darkness.

DissidentVoice.org, September 24. Beau Peters is a freelance writer based out of Portland, OR. He has a particular interest in covering workers’ rights, social justice, and workplace issues and solutions.