Pandemic: an impeccable soothsayer of the COVID-19 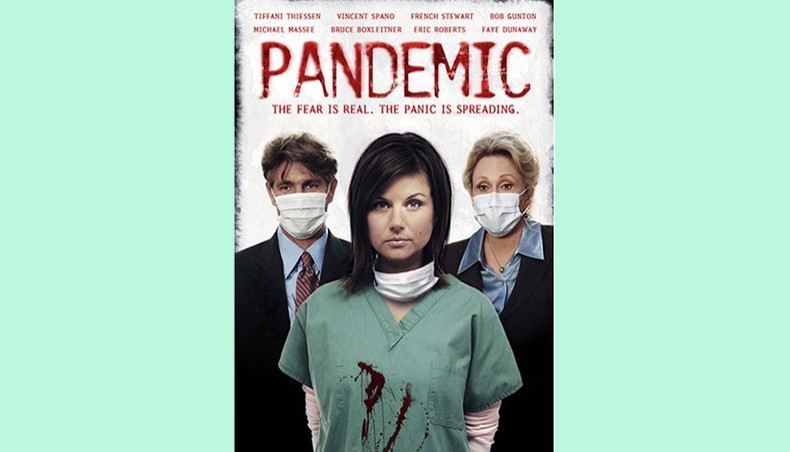 Only time will tell ... This is one of the fastest and professing diseases I have ever seen

IF YOU are familiar with the words breathing difficulty, chest pain, dry cough, intolerable fever, and monotony, then undoubtedly, you are on the right way to conceive the themes of the mind-blowing miniseries Pandemic. As a voracious lover of any sorts of movie, I have watched the movie exactly after the first release in 2007 when I took it very lightly, but a few days back, I also have taken stock of it again and found that it has been probably the soothsayer of today’s catastrophic COVID-19 outbreak.

However, the miniseries has been directed by Armand Mastroianni and starred by Tiffan Theissen (Dr Kayla Martin), French Steward (Dr Carl Ratner), and Eric Roberts (Mayar Dalesandro) along with some supportive performers on the screen. After scrutinising the masterpiece, I am going to provide an unbiased review without enunciating any spoiler by cementing the contemporary devastating outrageous circumstances of the world.

The movie embarks on an Australian beach where a young boy takes farewell greetings from another one to flight to California. Interestingly, the boys do not notice the deceased bodies of a dog and some birds. I could easily comprehend that these dead bodies are the rudimentary source of the viruses which have attacked both of the boys. As a result, among two, one dies of bloody coughing in the aeroplane on returning to California, and another has been found dead in the apartment back in Australia.

The rip-roaring escapade of the movie comes off when epidemiologist Dr Kayla Martin and her fellow Carl Ratner at the Centre for Disease Control get a frantic call from a flight crew high above the pacific. As I said before, a young boy of nineteen has died following a raging fever and outrageous convulsions. After knowing the situation of the unprecedented menace, Kayla proclaims a crackdown order to be quarantined upon the landing at LAX-a decision at odds with Mayar Delasandro who comes across as the situation might disseminate the intimidations among the masses.

Subsequently, CDC takes the issue seriously and considers the frightening possibilities — the reality of bird-flu — the probability of a biological attack like Trump’s provocation towards China as a biological ‘Chinese Made’ attack on the earth, or a new virus (so-called Chinese virus) they cannot control.

Thereafter, a dramatic phenomenon occurs when one of the passengers escapes at the time of transferring from the plan to the route buses, and unknowingly disseminates feign and catastrophic virus among the dwellers of Los Angeles. One after another, the so-called ‘riptide virus’ or ‘bird-flu’ as like COVID-19 unfurls all over the world within a few days.

Eventually, after a significant political upheaval regarding vaccines of the flu, Dr Kayla and her ­team invented a curing drug which creates antibodies to cease the viruses to penetrate the lungs. In short, blood from tuberculosis-infected individuals is purified and injected into the masses of Los Angeles, and ultimately, LA is saved.

Los Angeles is shielded in the miniseries Pandemic. Now, the immense inquisitions come to the mind that how does the movie connect with the COVID-19 outbreak? How would the current crisis be resolved? Will the vaccines be able to obliterate the COVID19 outbreak? To be honest, I am a bit optimistic on the third phase vaccines, which might assist us to be bold and audacious enough against such contemporary consternations.

The emerging vaccines of different research institutes, for example, Arcturus Therapeutics and Duke-NUS Medical School has developed mRNA vaccine together, American institute INOVIA, Korean company Genexine, Chinese company CanSinoBio, AstraZeneca from Oxford University, Gamaleya Research Institute from Russia, NOVOVAX from the US, Sinopharm and Sinovac Biotech from China, and finally, Bharat Biotech are the hopes by the time we are, which have done their trial on phase two and three. Consequently, among those hopes, phase three vaccines might be the game changers to fortify the world like Los Angeles in the movie. Let’s see what happens by the time being.

Undoubtedly, the movie has many resemblances to today’s pandemic situation because, nobody cares about the emergences in the movie, while in the same way, the whole world ignores COVID-19, and finally, is being paid the valuable prices — lives of the masses. In the movie, the politicians play games with the invention of the virus, in the same way; the world leaders are being done the identical activities through casting the boom busting derogatory words to each other, instead of penetrating the depth of the crisis.

The disseminating consternations produce more intimidations among the masses in the movie as well as in the current world simultaneously. In short, these are the pervasive resemblances between the movie and the current global crisis which still now reminds us how soothsaying power the movie has!

To encapsulate the relationship between the film and today’s global crisis, it can be said that the visualisation of the pandemic crisis on the screen undoubtedly, matches with today’s COVID-19 scenario because, both of the cases, the themes like a panic among the masses, dilute medical sectors, ignoring the initial outbreak, and finally, announcing war against viruses are pervasive which mesmerises me at time of watching for the second time. In short, the Pandemic is a film that epitomises all the contemporary ideas regarding COVID-19 and divulges a message to be mobilised with harmony to shield from such crises that are now on-going and also in years to come.