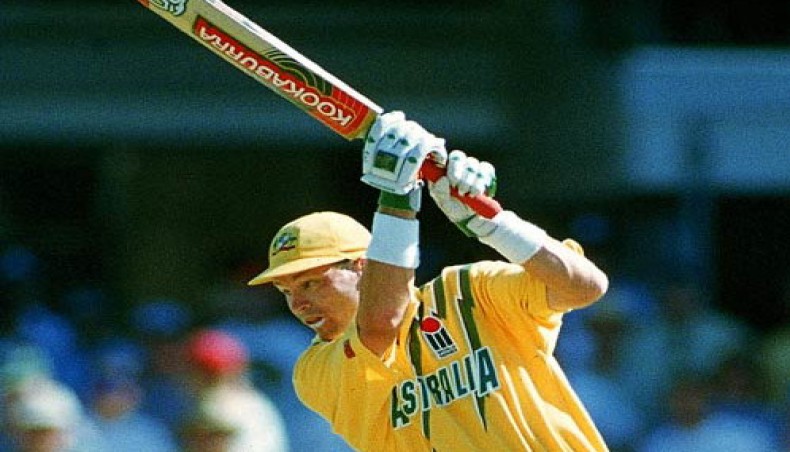 Australian cricket was reeling Friday at the shock death of batting great Dean Jones, with national coach Justin Langer leading tributes to a player he called ‘the stuff of legend’.

Langer revealed he was on the cusp of recruiting Jones into his coaching set-up for next year's World Cup when the 59-year-old died of a heart attack in Mumbai, where he had been commentating on the Indian Premier League.

‘I was talking about getting Deano in to help us with World Cup stuff as a mentor and coach, sadly that's not going to happen,’ Langer told the Australian Broadcasting Corporation.

‘Incredibly shocked by the news that Dean Jones has passed away. Had a poster of the great man in my room as a kid,’ Maxwell tweeted.

Known universally as ‘Deano’, Jones was remembered as a fierce competitor whose knockabout demeanour concealed a keen cricketing mind bursting with innovative ideas.

‘The cricket world is shattered today for it has lost one of its greatest characters, a totally original maverick talent whose contribution went far beyond mere statistics -– however excellent they were,’ the Brisbane Courier-Mail's Robert Craddock wrote.
The ABC's Russell Jackson said Jones' daredevil batting revolutionised one-day cricket and helped Australia win the 1987 World Cup.

‘Jones could be subtle and brutal in the space of a minute,’ Jackson wrote.

‘He dictated terms, using the width of his crease and the full 360 degrees to set new standards.’

For all his exploits in the limited-overs game, it was Jones' gutsy Test innings against India at Chennai in 1986 that remained etched in the minds of his admirers after 34 years.

Jones defied furnace-like conditions to score 210, vomiting and shaking at the crease to save Australia's hopes in cricket's second-ever tied Test, and was then taken to hospital for dehydration after losing eight kilos (18 pounds) during the innings.

‘It's part of legend in Australian Test cricket, the brotherhood of the baggy green, his 200 in Madras and the way he batted with AB (Allan Border), yeah, stuff of legend,’ said Langer.

Jones' dedication to the cause cemented him as a fan favourite.

The Sydney Morning Herald's Andrew Wu admitted Jones was one of the few athletes that could make him set aside journalistic impartiality and embrace his inner fanboy.

‘Deano was the player you wanted to be,’ he wrote.