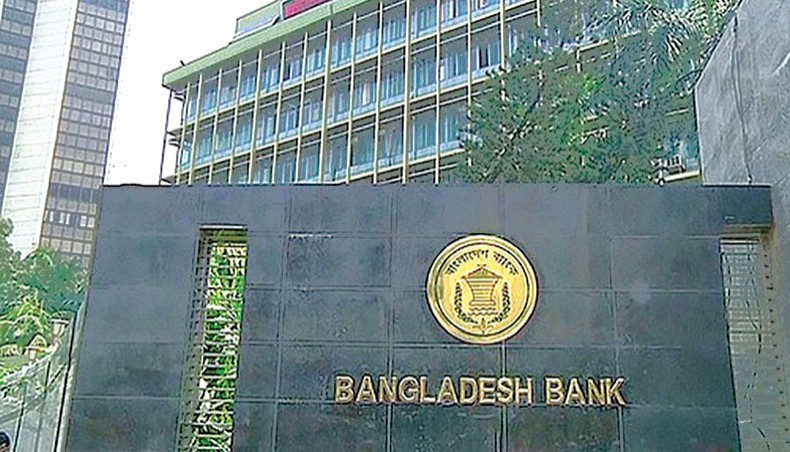 A file photo shows the Bangladesh Bank headquarters in the capital. The Bangladesh Bank on Thursday reduced the repurchase agreement rate to 4.75 per cent for formation of special funds by the banks for investment on the stock market. — New Age photo

The Bangladesh Bank on Thursday reduced the repurchase agreement rate to 4.75 per cent for formation of special funds by the banks for investment on the stock market.

The central bank lowered the rate with a view to align the REPO rate for the stocks fund with the BB announced REPO rate in its monetary policy statement for the fiscal year 2020-2021.

In the MPS, the BB lowered the overnight REPO rate to 4.75 per cent from 5.25 per cent in an attempt to make money cheaper for the banks.

The central bank issued a circular in this regard on the day.

A BB official said that the usual REPO rate was 5.25 per cent when the BB announced the special fund formation scope for the stock market on February 10 this year, setting the applicable REPO rate at 5 per cent exclusively for the stocks fund.

As the BB reduced the REPO rate in its MFS for FY21, the cost of the stocks fund became higher than the usual rate applicable, prompting the central bank to come up with the circular, the official said.

The central bank has been closely monitoring movements on the capital market, he said, adding that there was further scope for reducing the interest rate if necessary.

As per the BB data, 17 banks have so far formed special funds worth Tk 1,742 crore under the BB announced scope.

Of the fund, the banks have invested Tk 495 crore on the stock market.

The money invested by the banks on the stock market through the special funds was not taken into consideration while calculating the banks’ capital market exposure.

In February, each bank was allowed to form a Tk 200crore fund for the stock market either with its own funds or the BB’s funds that could be borrowed through REPO.

Thursday’s circular also fixed the rate of interest of Sukuk in which the banks would be able to invest from the stocks funds.

For the fixed rate Sukuk, the banks would be make investments if the coupon rate was fixed to at least 8 per cent while the rate must be equivalent to at least the interest rate of the 10-year treasury bond plus 0.5 per cent.

For the variable coupon rate of corporate bond, the rate of interest must be equivalent to at least the interest rate of the 10-year treasury bond plus 1 per cent.

For the fixed rated corporate bond, the rate of interest must be at least 10 per cent.