Paris exhibition shows how Man Ray made fashion an art 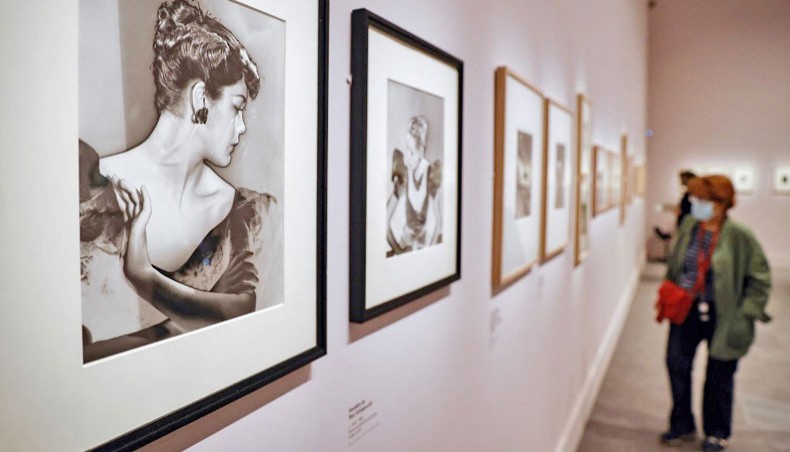 People visit the exhibition ‘Man Ray and fashion’ at the Musee du Luxembourg in Paris, on September 23, 2020. — AFP photo

He is one of the 20th century’s most famous artists, but not many people know that Man Ray got his start as a fashion photographer.

A new exhibition in Paris sets out to uncover the fashion world roots of the American surrealist, who first made his name taking flattering portraits of the rich and famous.

Like many young artists Emmanuel Radnitzky, as Man Ray was then known, had trouble making ends meet when he arrived in Paris in 1920 to plunge himself into the Dadaist movement.

But the new show ‘Man Ray and Fashion’ at the Luxembourg museum in the French capital sets out how his time as chronicler of the style stars of the Roaring Twenties shaped his art.

Encouraged by the couturier Paul Poiret -- the Karl Lagerfeld of his time -- the artist began to work for magazines like Vogue, Femina and Vanity Fair.

Fashion historian Catherine Ormen, who curated the show, said magazines at the time never used photos of clothes for fear that designs would be copied.

Instead they printed sketches while Man Ray photographed stylish celebrities for them.

But the artist was not content with producing glossy images of Parisian socialites.

‘With Man Ray you start with nothing and end with photographs that are almost abstract and works of art,’ she told AFP.

Indeed one of his masterpieces, ‘Glass Tears’ (1932), came from an advertising campaign for water resistant mascara.

He transformed the rather banal image using his trademark photomontage techniques which he later christened ‘rayographs’.

The iconic image also spoke of Man Ray’s own anger and hurt after his split with the photographer and model, Lee Miller.

The following year he became a permanent fixture in the US fashion magazine Harper’s Bazaar, where the precursor of the Photoshop generation brought his abstract and surrealist experiments to a still wider public.

Among the other well-known images in the show is his famous portrait of the designer Coco Chanel in profile, her hands in her pockets and a cigarette in her mouth.

It also shines a light on the style revolution of the 1920s, when women’s fashion threw off Victorian restrains to embrace freedom of movement, only to slip back to more formal attire in the 1930s, when fashionistas would change their clothes, hairstyles and even nail colours up to three times a day.

The show, which runs until January 17, is the first time the Luxembourg museum -- which is better known for Old Masters shows -- has tackled fashion.