Hopkins explores horrors of dementia in ‘The Father’ 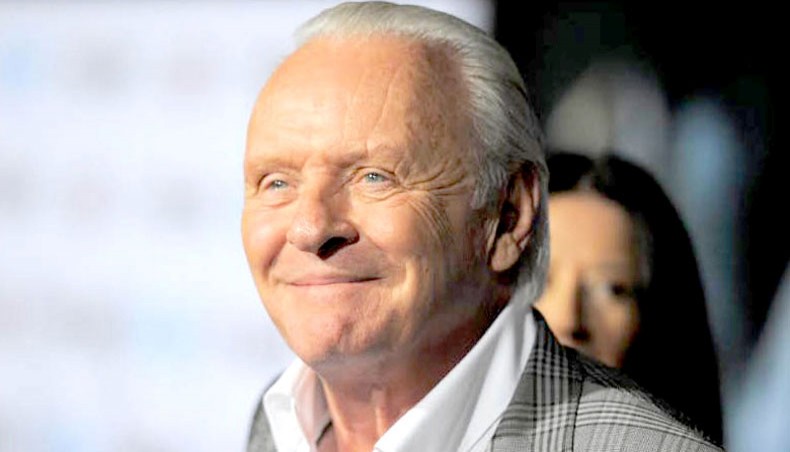 Convincing movie legend Anthony Hopkins to star in your first-ever film is a tall order for any director.

But Florian Zeller -- the acclaimed French writer, adapting his own play ‘The Father’ for the big screen --  was so determined, he even changed his main character’s name and birthdate to those of his dream leading man.

‘I really wrote the script for him. He was the desire and the dream,’ Zeller told AFP. ‘Until someone comes and says it’s not possible, it means that potentially it is possible.’

Fortunately the gambit paid off, with the ‘Silence of the Lambs’ actor signing up -- alongside fellow Academy Award-winner Olivia Colman as his daughter -- for Zeller’s devastating dementia drama.

The film, containing elements of thriller and horror genres, takes viewers on a deliberately disorientating journey inside Anthony’s fast-slipping mind.

Family members become unrecognizable, and over-familiar strangers inexplicably appear in his own plush London apartment, which itself appears to shift before his -- and our -- eyes.

‘He is very known for parts where he is always in control of everything,’ said Zeller, of Hopkins.

‘I thought that it would be powerful to see that very same person now starting to lose control... in a way, to let go of what we know about him, this Hannibal Lecter face.’

The film screened at last week’s Toronto film festival after rave reviews at its Sundance premiere in January. It is due to be released by Sony Pictures Classics in December.

Seven months out from the Oscars, Hopkins is already seen by many as a safe bet for a sixth Academy nomination.

As the true nature of his condition unravels, Hopkins draws upon a startling range of emotions, from paranoia and anger to desperation and emotional breakdown.

The 82-year-old Welsh actor has spoken of concentrating on his own mortality in order to perform the role.

‘Anthony is a very instinctive actor -- in a way he uses his instincts more than anything else, so many times the first takes were better,’ said Zeller.

It has been a long journey from Zeller’s original French-language play ‘Le Pere,’ itself based on experiences with his grandmother who helped raise him but who began to experience dementia when he was 15.

A seamless English stage translation brought Zeller attention across the Channel and eventually in the US.

The film will arrive more than eight years on from the play’s Paris debut, to a transformed world.

‘With what we are going through just now with the virus, when you see our grandfathers, our fathers, our grandmothers, so fragile -- I think we are still very concerned and connected to the fragility of life,’ said Zeller.

But despite its weighty subject matter, the film is far from bleak.

Hopkins imbues his mischievous character with spades of humor and charm, flirting outrageously with young Laura (Imogen Poots,) the latest in his long line of beleaguered carers.

And after Hopkins expressed his love for Bizet’s ‘The Pearl Fishers,’ Zeller incorporated an aria into a script that also sees Anthony hum and dance along to classical music during a moment of clarity and levity in his kitchen.

‘I fulfilled that dream because he fulfilled mine,’ said Zeller.