Two films on Pritilata in pipeline 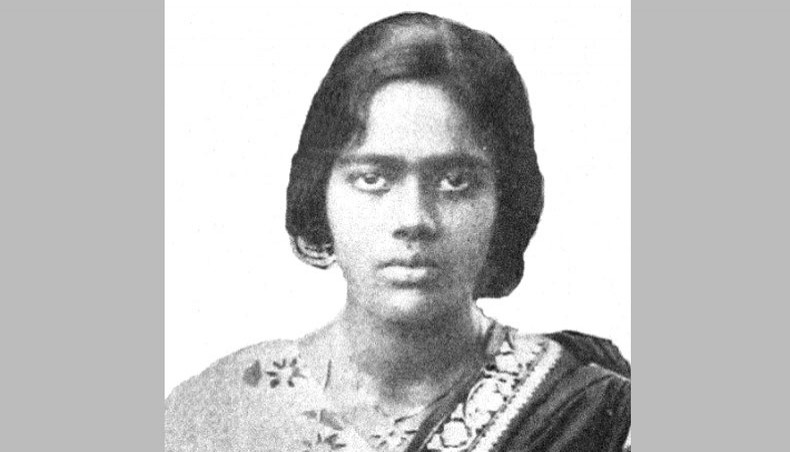 Two films on Pritilata Waddedar, who embraced martyrdom as first Bengali female revolutionary nationalist in the anti-British movement in 1932, are in the pipeline.

Popular actresses Nusrat Imrose Tisha and Porimoni will respectively portray the character of Pritilata in the films namely ‘Bhalobasa Pritilata’ and ‘Pritilata’.

The formal declaration (mahurat) of Bhalobasa Pritilata, an adaptation of fiction writer Selina Hossain’s novel with the same title, was held on Thursday marking the 88th death anniversary of Pritilata Waddedar. The government grant-winning film will be directed by Pradip Ghosh.

The programme was held at the auditorium of department of films and publications where information minister Hasan Mahmud was present as the chief guest. Vice chancellor of Chittagong University Professor Shireen Akhter was present as special guest at the event, which was presided over by Selina Hossain.

‘Pritilata Waddedar was a Bengali woman and revolutionary nationalist who inspired countless during the Indian independence movement. I suggested Pradip Ghosh to direct a full length film on Pritilata Waddedar’s life and works that will promote her ideology among the younger generation and give film lovers a glimpse into the history of the Indian subcontinent. I hope that Pradip Ghosh and Nusrat Imrose Tisha will portray the history of the 1930s on the silver screen without any distortion,’ said Hasan Mahmud.

‘I like to thank the government for providing grant to the film and writer Selina Hossain for giving us the permission to adapt her novel. We will do our best to portray the life and works of Pritilata without any distortion. The shooting for the film will begin soon,’ said Pradip Ghosh.

The shooting for ‘Pritilata’, a biopic, will commence on November 1. The film will be directed by Rashid Polash. Golam Rabbani has developed the screenplay and dialogues.

‘The film was first announced in 2016. We conducted a lot of research on Pritilata Waddedar for two years. We have visited Dhalghat village in Patiya upazila of Chittagong where Pritilata was born in 1911 and other locations related to her. When we were researching the film, Selina Hossain has helped us a lot. We are grateful to her,’ Golam Rabbani told New Age.

‘We approached Pori Moni in 2019 regarding the film and she agreed right away to play Pritilata. We are scheduled to lift the curtain on the shooting in Dhaka on November 1,’ added Golam Rabbani.