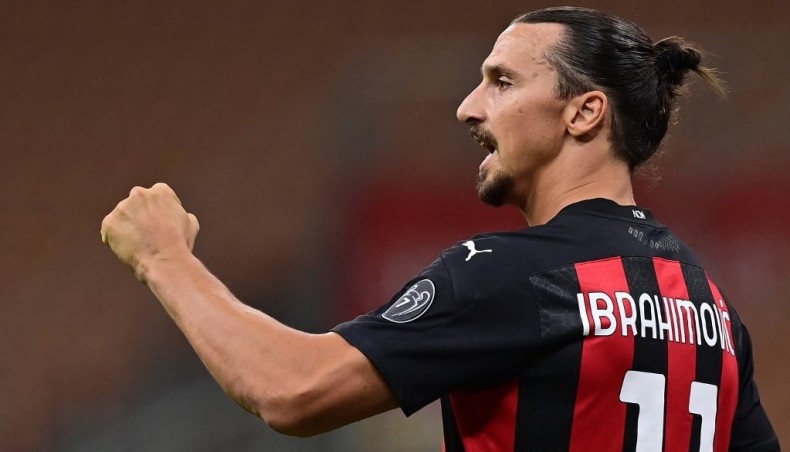 Ibrahimovic, who turns 39 on October 3, has been placed in quarantine at home following the test carried out ahead of the team's Europa League tie against Norwegian side Bodo-Glimt.

‘Ibrahimovic has tested positive for the swab performed for today’s match, Milan-Bodo/Glimt,’ the Serie A side said ahead of their Europa League match against the Norwegian outfit.

‘We have informed the competent health authorities and the player was promptly placed in home quarantine.

‘All the other swabs carried out on the team group were negative.’

Ibrahimovic, who rejoined AC Milan last January, has scored three goals in two games so far this season -- a double in their Serie A opener against Bologna last weekend having also netted against Irish side Shamrock Rovers in the Europa League.