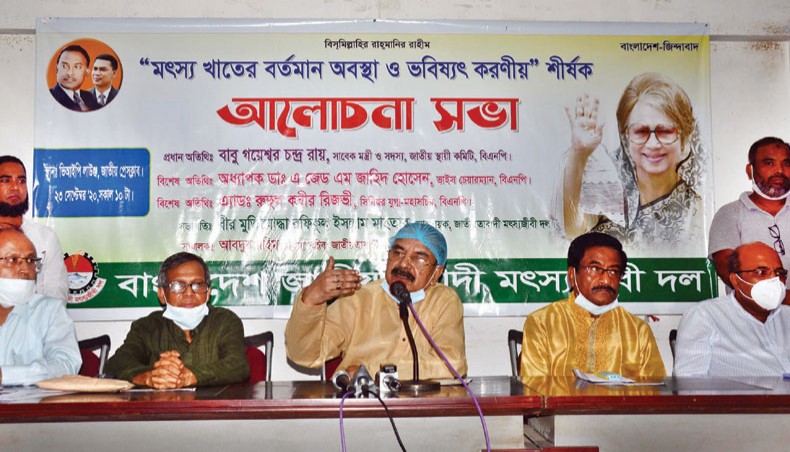 Bangladesh Jatiyatabadi Matshajibi Dal holds a discussion on the present condition of the fisheries sector of the country at the National Press Club in Dhaka on Wednesday. — New Age photo

BNP standing committee member Gayeshwar Chandra Roy at a discussion meeting at the National Press Club said that the coronavirus outbreak had exposed that the country’s health sector was also infected with coronavirus.

Jatiyatabadi Matshajibi Dal organised the discussion titled ‘present state of fishing sector of the country and what to do in future.’

The health sector has completely been ‘engulfed in corruptions’ and the Awami League government is now under ‘ventilation’, Gayeshwar said.

He called on BNP leaders and activists to wage anti-government movement to end the Awami League government’s ‘unethical regime’.

People of the country have lost their faith in the health sector and doctors could face shortage of patients for giving treatments, he said.

Most of the patients of the country would go to India and the Bangladeshi doctors could face bad days and their chambers would remain vacant without patients, Gayeshwar said.