Fazlullah set to get 4th term as Ctg WASA MD 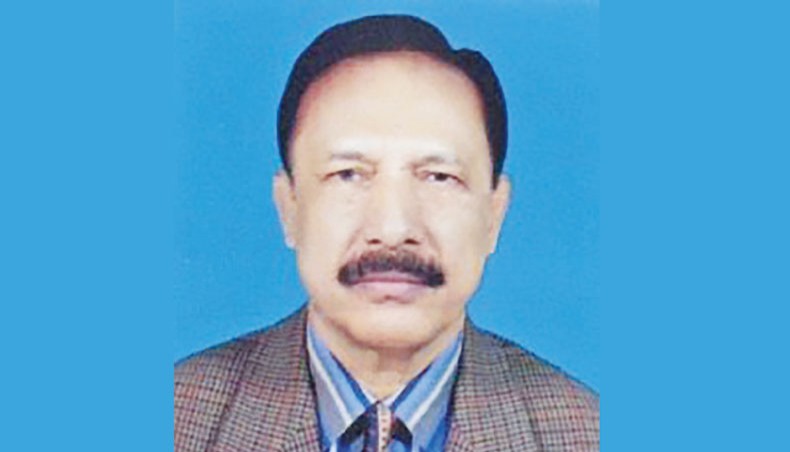 AKM Fazlullah, the 79-year-old managing director of Chattogram Water Supply and Sewerage Authority, is likely to get extension for another three-year term after serving the position for nine years.

Residents of Chattogram city and the Consumer Association of Bangladesh have blamed Fazlullah for poor performance of the CWASA in supplying pure drinking water and for consumers’ harassments.

In 2009, Fazlullah was first appointed as the chairman the CWASA, 11 years after he had gone into retirement as an executive engineer of the agency in 1998. He became MD of the agency in 2012. He joined the CWASA in 1968.

In a special meeting, CWASA Board members on September 7 proposed that Fazlullah should be appointed its MD for the fourth term sparking criticism among the citizens of the port city. His current term is scheduled to expire in October.

Retired civil servant and former caretaker government adviser M Hafizuddin Khan told New Age said that the proposal for further extension of tenure of the 79-year-old Fazlullah as the managing director of a government entity was unacceptable and unethical as a public servant has to retire at 59.

In a similar case, Dhaka Water Supply and Sewerage Authority board on Sunday proposed the extension of Taqsem A Khan as the DWASA managing director for the sixth term amid criticism for corruption allegations against him.

Anti-corruption watchdog Transparency International Bangladesh in a statement opposed the DWASA board’s move and demanded appointment of a managing director in a transparent manner.

Although most of the CWASA board members appeared ‘pleased’ with Fazlullah’s performance, a number of residents of the city said that they were fed up with the activities of the CWASA.

Bishu Das, a resident of Patharghata, alleged that the ‘ghost’ CWASA bills and harassment of consumers were very common during the present MD’s tenure.

Arman Hossain, a resident of Halishahar area, said that the move to reappoint Fazlullah was ‘suspicious’ as he had brought no major changes in the city’s water supply system while roads were being dug indiscriminately time and again causing  severe sufferings to the residents of the area.

Civil society representative professor Sikander Khan, also the vice chancellor of East Delta University, said that the residents of the city were still getting ‘dirty’ and ‘smelly’ water from the CWASA.

He demanded appointment of an eligible, experienced and active person as CWASA managing director.

Consumers Association of Bangladesh Chattogram president Nazer Hossain told New Age that CWASA managing director Fazlullah was an ‘accused in corruption cases’ and was in ‘jail’ in these cases.

‘We do not understand why such a person is repeatedly given the responsibility of MD at such an important organisation. He was also fired once for negligence of duty when he was an executive engineer, he said.

The Karnaphuli Water Supply Project Phase-2 worth Tk 4,492 crore is scheduled to run on test basis from June 2021 but the project works are being hampered as the Japanese officials engaged in the project have gone back to their country due to COVID-19.

The pipeline installation work of Bhandaljuri Project worth of Tk 3,808 crore has also become uncertain.

Installation of 11 kilometres of pipelines under the CWASA Supply Improvement and Sanitation Project, scheduled to be completed by June, has also become uncertain. Under the project, Sheikh Rasel Water Treatment Plant went for production in November 2018.

CWASA superintendent engineer Md Ariful Islam said that due to COVID-19 many project works were suspended but within a few months they would restart the works.

Fazlullah told New Age said that he performed as the CWASA managing director in these years as per the decision of the higher authorities. ‘So, the authorities would take a decision on the next appointment,’ he said.

He, however, declined to comment on the allegations of the residents.