World should not be dominated by China-US rivalry: Macron 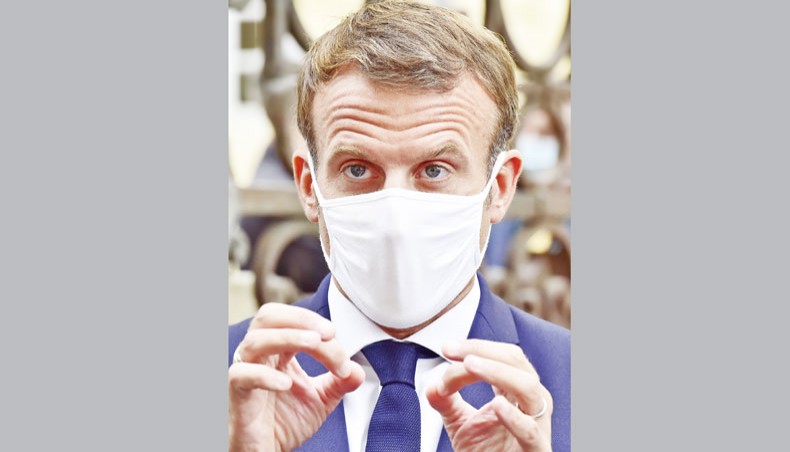 World leaders must not let themselves be dominated by a power struggle between the US and China, French President Emmanuel Macron told the UN on Tuesday, calling for a ‘modern new consensus’ on tackling global challenges.

‘The world today cannot be reduced to the rivalry between China and the United States, irrespective of the global weight of these great powers,’ Macron told the UN General Assembly by video.

Borrowing a term that describes a duet in ballet, he said: ‘We do not have to settle for a ‘pas de deux’ that would make us only the rueful spectators of a collective powerlessness.’

Macron has already warned that Washington’s retreat from the global stage will require Europe to forge its own common defence strategy, and reduce its alliance on key technologies currently supplied by US or Chinese giants.

‘The complete dependence on certain powers, with regards to technologies, food or industry, creates vulnerabilities that no longer allow the balances that go hand in hand with global stability,’ Macron told the UN.

The coronavirus crisis, he warned, has further undermined support for multilateralism and encouraged the willingness of some nations to ignore UN injunctions or international law.

‘There will surely be a cure one day for this pandemic. But there will not be a miracle cure for this destruction of the contemporary order,’ he said.

‘This pandemic must be an electric shock for our organization,’ he said, urging leaders to seize a chance to ‘clearly lay out our choices and build new alliances.’

France will work on deepening its cooperation with UN partners to ensure ‘that the foundations of our organisation are not swept away by the pandemic.’

‘Multilateralism is not simply an act of faith — it’s an operational necessity,’ he said. ‘No country will get out of this ordeal on its own.’