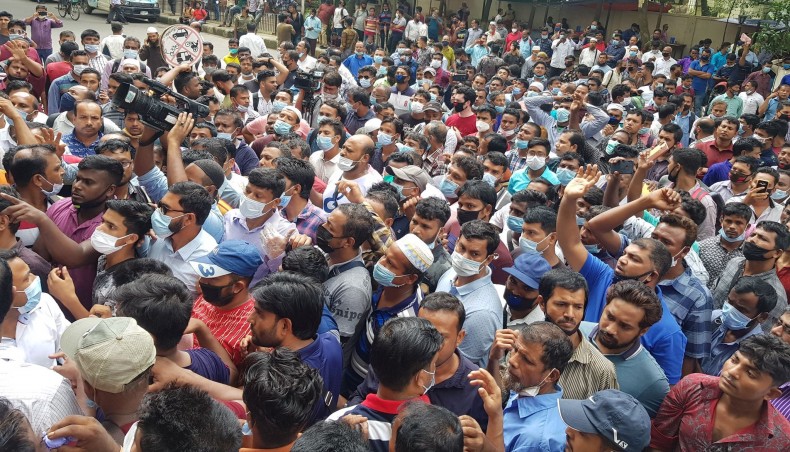 Foreign minister AK Abdul Momen said on Wednesday that Saudi Arabian authorities allowed Biman Bangladesh Airlines to carry its 20,000 stranded passengers to the country while the period of their visas was also extended for 24 more days.

‘We have also allowed all Saudi flights to operate to and from Bangladesh,’ he told reporters in the evening.

Several thousands of Bangladeshi migrant workers have been struggling in Dhaka for the last couple of days to confirm their return tickets for their workplaces in Saudi Arabia as the Middle Eastern country was set to resume its flights from Dhaka following the COVID-19 restrictions.