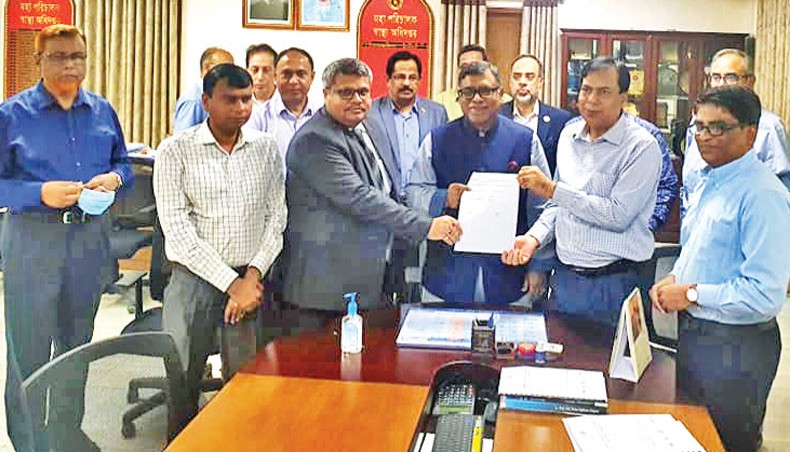 The Anti-Corruption Commission on Wednesday filed a case dropping former director general of the Directorate General of Health Services Abul Kalam Azad from the list of suspects while it accused Regent Hospital chairman Mohammad Shahed and four DGHS officials over the illegal agreement between the two entities.

Faced with the question why Azad’s name was missing from the accused list, Dilwar said that the commission accused the people whose direct involvement was proven at the inquiry phase.

‘If any more people are involved, they will certainly be detected at the stage of investigation and they will be included in the charge sheet,’ he added.

There was widespread criticism over the memorandum of understanding signed between Regent Hospital and the DGHS, specifically in virtual platforms after a photograph of the signing ceremony had gone viral.

According to the ACC complaint, the accused were involved in transforming the closed Regent Hospital into a COVID-19 dedicated hospital using their clout.

On the basis of the MoU, the hospital was permitted to test samples at government lab without fees while it charged each COVID-19 suspects Tk 3,500 for each test, the complaint said.

The hospital’s Uttara and Mirpur branches embezzled Tk 1.37 crore in this process as it tested 3,939 samples by the National Institute of Preventive and Social Medicine, the commission’s first information report said.

It said that the accused attempted to realise monthly Tk1.96 crore as food allowance of physicians, nurses and other officials of Regent Hospital.

On July 15, the Rapid Action Battalion detained Shahed from the border area of Satkhira on various charges of fraud.

On July 21, Abul Kalam resigned as DGHS director general amid criticism over his role and its director (Hospitals and Clinics) Aminul was removed the following day over various irregularities in the health department in dealing with the ongoing epidemic.

The commission’s FIR said that the DGHS approved the Regent Hospital’s Uttara branch on December 3, 2013 and the tenure of the hospital expired on June 30, 2014. It continued operations without renewing the license.

A DGHS team inspected the hospital in January 2016 and found some anomalies, the FIR said and it also added that the team recommended the suspension of operation of the ICU and the pathology units of the hospital while the recommendations were approved by Aminul in the same month.

On March 19 this year, after visiting the Regent Hospital branches, Aminul submitted his report with a recommendation to allow the branches of the hospital as COVID-19 dedicated hospital as it was willing to provide healthcare to COVID-19 patents free of cost in the emergency situation.

Following the recommendations, DGHS assistant director Shafiur sent a proposal of signing an MoU between the DGHS and Regent Hospital to deputy director Younus on March 19.

In his recommendation, Shaiful also gave an instruction for the re-issuance of the license.

Later, Younus forwarded the proposal to Aminul attaching his recommendation while Aminul passed the file to DGHS additional director general Nasima Sultana with his nod.

Nasima also agreed with the proposal and forwarded the file to then DG Abul Kalam and the DG gave the final approval.

The entire process in this case was completed in a day.

The ACC did not find any written instruction issued by the health ministry regarding the signing of the MoU.

After the interrogation, Azad claimed that he was successful during his stint as the head of the health directorate.

Avoiding any question about corruption in the health sector, he told reporters that ‘propaganda’ was being spread against him to tarnish his image.

Of late, several scams involving the health sector were exposed, including N95 mask scams, controversial deals with Regent Hospital and non-profit JKG Health Care, which were accused of selling fake COVID-19 certificates and running the facilities without a licence.

Besides, illegal antibody tests were carried out by some hospitals, including Shahabuddin Medical College Hospital.

Another recent scam in the health sector surfaced after an electronic equipment supplier  was found to have secured a deal to supply medical products, including KN95 masks and infrared thermometers, who misappropriated about Tk 8.28 crore without delivering the items.

The supplier, SIM Corporation, obtained the deal worth Tk 9.20 crore for the medical supplies under the World Bank-funded COVID-19 Emergency Response and Pandemic Preparedness project.

In earlier incidents, under the same project, automobile parts supplier Jadid Automobiles, which secured a contract for supplying personal protective equipment, including KN95 masks, worth Tk 32 crore to the project, escaped after pocketing the initial payment of Tk 9 crore.