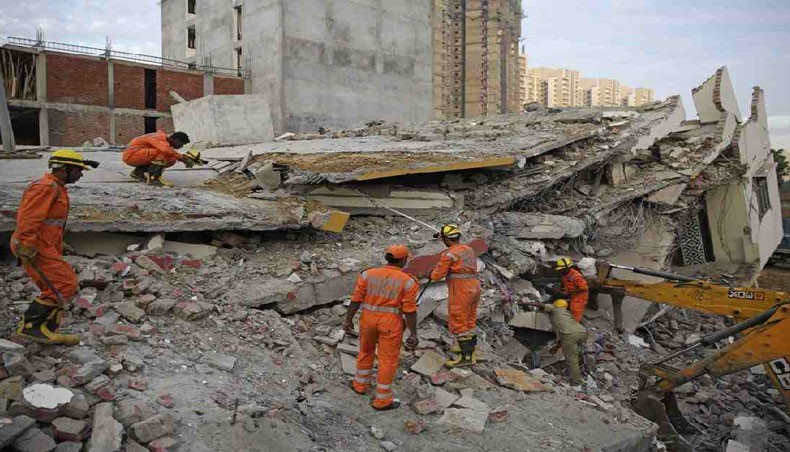 Rescuers search survivors at the site of a collapsed building. — AP/ UNB

The death toll from an apartment block collapse in western India jumped to 35 Wednesday, officials said, as hopes of finding anyone else alive dimmed.

Emergency workers from the National Disaster Response Force have so far pulled 20 survivors from the rubble of the three-storey building in Bhiwandi, near Mumbai.

An NDRF spokesman and local authorities told reporters that recovery teams, aided by sniffer dogs, retrieved 35 bodies buried under brick and concrete after the block came crashing down before dawn on Monday.

The cause of the incident was not immediately clear, but building collapses are common during India’s June-September monsoon season, with old and rickety structures buckling under days of non-stop rain.

Heavy overnight downpours in the Mumbai region forced railway authorities to reschedule or cancel trains in the city Wednesday due to waterlogging on tracks.

Mumbai city authorities also declared Wednesday a holiday, advising residents to stay indoors after the rain caused flooding and disrupted traffic in some areas of the financial capital.