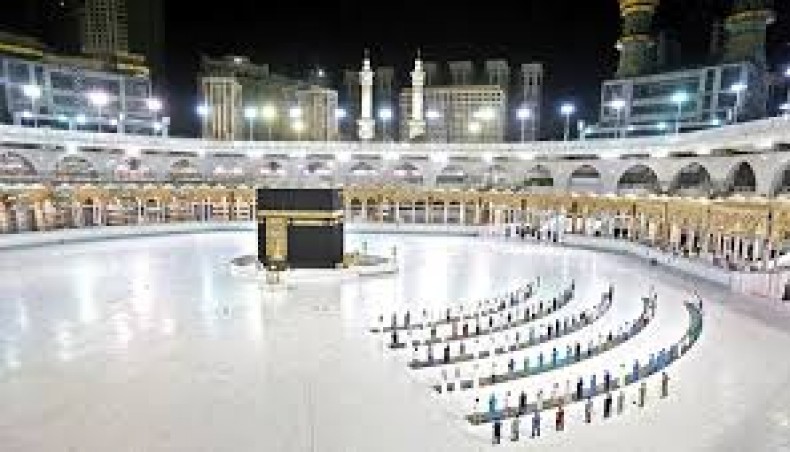 Saudi Arabia will gradually resume the year-round umrah pilgrimage for Muslims from October 4, the interior ministry said on Tuesday, seven months after it was suspended because of the coronavirus pandemic.

The country had suspended the umrah in March and later scaled back the annual hajj in a blow to millions of pilgrims around the world amid fears that the coronavirus could spread to Islam’s holiest sites.

In the first stage, ‘6,000 citizens and residents within the kingdom will be allowed to perform the umrah per day from October 4’, the ministry said in a statement published by the official Saudi Press Agency.

Visitors from outside the country will be permitted from November 1, when umrah’s capacity will be raised to 20,000 pilgrims per day, the ministry added.

The ministry said that umrah would be allowed to resume at full ‘natural capacity’ once the threat of the pandemic is eliminated.

The decision to resume umrah was in response to the ‘aspirations of Muslims home and abroad’ to perform the ritual and visit the holy sites, the ministry added.

The decision came after Saudi Arabia organised the smallest hajj in modern history in late July, with only up to 10,000 Muslims allowed to take part in total – a far cry from the 2.5 million who participated last year.

Health authorities said that no coronavirus cases were reported at the holy sites during the hajj, one of the five pillars of Islam and a must for able-bodied Muslims at least once in their lifetime.

The pilgrims were also subjected to regular temperature checks and required to go into mandatory quarantine after the ritual.

King Salman, the country’s 84-year-old ruler, said that holding the hajj in the shadow of the pandemic required ‘double efforts’ by Saudi authorities.

The hajj and umrah pilgrimages were a massive logistical challenge, with colossal crowds cramming into relatively small holy sites, making them vulnerable to contagion.

Saudi Arabia’s custodianship of Mecca and Medinais seen as the country’s most powerful source of political legitimacy.

But a series of deadly disasters over the years, including a 2015 stampede that killed up to 2,300 worshippers, had prompted criticism of the Sunni kingdom’s management of the hajj.

The holy sites were also a key revenue earner for Saudi Arabia.

The pilgrimages typically cost thousands of dollars for worshippers, who often save for years as well as endure long waiting lists for a chance to attend.

De facto ruler crown prince Mohammed bin Salman’s Vision 2030 reform plan seeks to decouple the economy of the country from oil dependency towards other sources of revenue, including religious tourism.

The government hopes to welcome 30 million pilgrims to the kingdom annually by 2030.