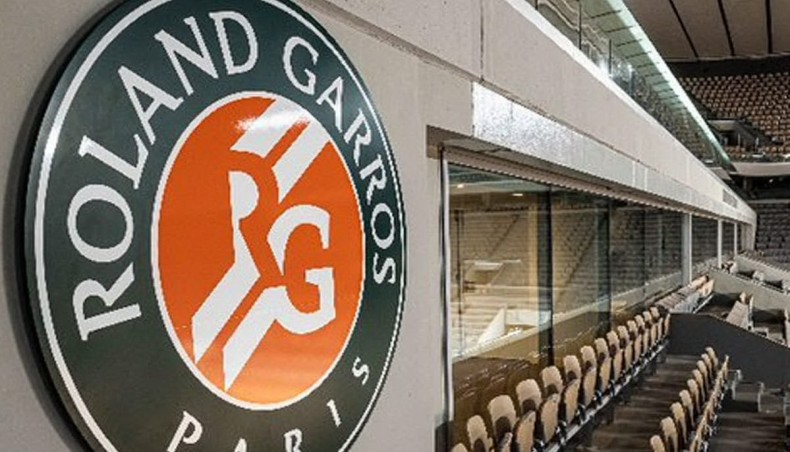 Having been pushed back four months to September to escape the worst of the coronavirus, the French Open gets underway on Sunday still struggling to loosen the grip of the deadly pandemic.

As a result, Rafael Nadal's bid for a 13th Paris title, and a record-equalling 20th Slam, and Novak Djokovic's pursuit of a second triumph in the French capital, to take him to 18 majors, are vying with health concerns in the battle for public attention.

Having optimistically toyed with allowing 20,000 fans to squeeze into the compact Roland Garros site, that figure was downsized to 11,500 only to be slashed again to 5,000 as Covid-19 infections rose.

On Sunday night, the French Tennis Federation said that five players due to take part in men's qualifying had been stood down.

Two had tested positive while three others had been in contact with a coach who had also returned a positive test.

One of the five players was former top 30 Bosnian Damir Dzumhur who has been forced to quarantine after his coach Petar Popovic tested positive.

‘We're sure it was a false positive because my trainer has anti-bodies,’ Dzumhur wrote on Instagram.

‘He was not allowed to take a second test. I am devastated.’

The other players were named in Spanish media reports as Ernesto Escobedo of the United States, Uzbekistan's Denis Istomin, Bernabe Zapata Miralles of Spain and Serbia's Pedja Krstin.

Popovic told L'Equipe it was a ‘scandal’ and had ‘Nadal been in our shoes, he would have had the right to a second or third test’.

Between Thursday and Sunday, around 900 Covid-19 tests had been carried out.

Some were left in no doubt as to their thoroughness.

‘French Open is playing no games with that Covid test,’ tweeted America's Sachia Vickery. ‘I felt that deep in my thoughts!’

To compound the event's problems, it was then revealed on Monday that a female player, set to feature in qualifying, had also tested positive and had been withdrawn.

Fears over the spread of the virus had already prompted defending champion and women's world number one Ashleigh Barty to skip the tournament.

The Australian had also opted out of the recent US Open as had Nadal and 2018 French Open champion Simona Halep.

At Roland Garros, players and their entourages will be confined to two bio-secure hotels.
On the red clay of Paris itself, where he has only lost twice in his career, Nadal will target a 13th title in what will be just his fifth tournament of 2020.

The 34-year-old arrives a little under-cooked with a quarter-final exit in Rome last week prompting speculation that a dethroning is imminent.

However, the Spaniard knows that when he lost at the same stage in the Italian capital in 2017, he quickly swept to a 10th French Open without dropping a set.

‘It's a completely special year and unpredictable year,’ said Nadal whose Rome appearance was his first on the tour since February.

Djokovic, meanwhile, remains Nadal's biggest threat even if recently-crowned US Open champion Dominic Thiem begs to differ having finished runner-up to the great Spaniard in Paris in the last two years.

Having been defaulted from the US Open, Djokovic bounced back in Rome with a final victory over Diego Schwartzman -- the conqueror of Nadal -- giving the world number one a record 36th Masters crown.

Djokovic now has four trophies in five events in 2020 with a win-loss record of 31-1.

Victory in Rome came on the day that he notched up his 287th week as world number one, passing Pete Sampras on the all-time list and with just Roger Federer on 310 ahead of him.

There is no Federer in Paris this year as the Swiss star continues to rehab after knee surgery which forced him to write-off his 2020 season.

Also missing is US Open winner Naomi Osaka, yet to get beyond the third round in the French capital, who is nursing a thigh injury.

Serena Williams is scheduled to play as the 38-year-old continues her quest for an elusive 24th major.

However, the 2002, 2013 and 2015 Roland Garros champion hinted she was undecided after organisers insisted that all players stay in tournament hotels.

Williams says she prefers to use her Paris apartment instead.

Fading light -- a real issue with the event ending this year on October 11 -- should at least be compensated by having four floodlit courts.