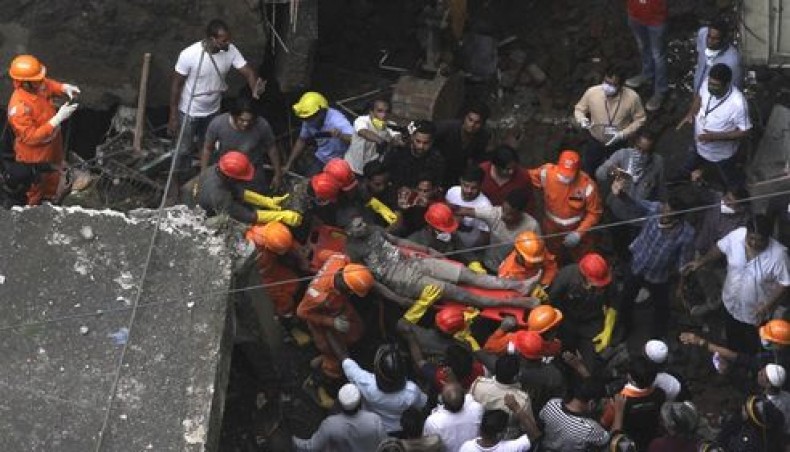 Rescue workers carry a survivor from the rubble of a collapsed three-storey residential building in Bhiwandi on September 21, 2020. — AFP photo

The death toll from an apartment block collapse in western India climbed to 20 on Tuesday, with more bodies likely to be recovered, officials said, as rescuers searched for survivors.

Emergency workers from the National Disaster Response Force have pulled 20 survivors — including two boys aged four and seven — from the rubble of the building in Bhiwandi, near Mumbai.

An NDRF spokesman told reporters that recovery teams, aided by sniffer dogs, also retrieved 20 bodies buried under layers of brick and concrete when the three-storey block came crashing down before dawn on Monday.

NDRF director general Satya Narayan Pradhan tweeted that he feared that the toll would increase with ‘more bodies likely under debris.

The cause of the accident was not immediately clear, but building collapses are common during India’s June-September monsoon season, with old and rickety structures buckling after days of non-stop rain.