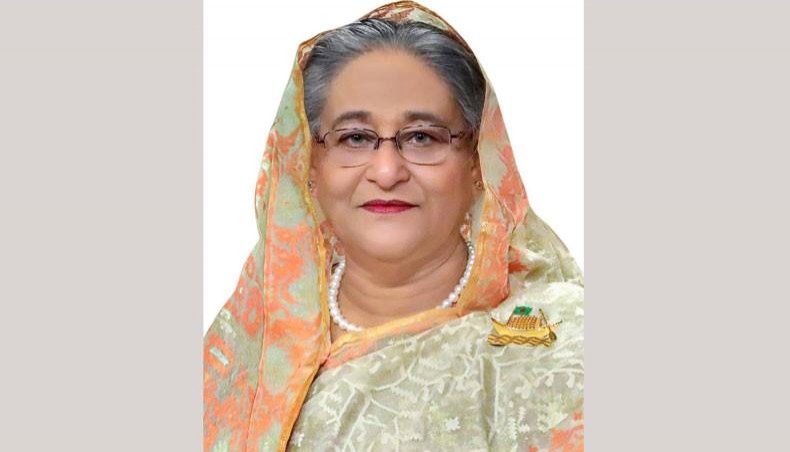 Prime minister Sheikh Hasina has urged the United Nations to formulate a ‘credible and practical roadmap’ for delivering on commitments and responding resolutely to global challenges.

‘To take the UN on the right course towards its centenary and beyond, the world body should provide a credible and practical roadmap for delivering on commitments and responding decisively to global challenges,’ she said.

While delivering a statement virtually at a special  session of the 75th United Nations General Assembly that began in New York on Monday (Bangladesh time Tuesday morning), Sheikh Hasina also called upon the UN member states not to allow ‘geopolitical rivalries’ to weaken the world body.

‘We must not allow our geopolitical rivalries to weaken the UN … we owe it to the founding fathers and future generations to make the UN a truly effective global body for humankind as a whole,’ she told the UNGA’s high-level session titled ‘Mark the 75th Anniversary of United Nations’.

She went on saying: ‘We have seen moments in history that made us re-group to change the course of human civilization. [email protected] presents another such moment. Let’s seize this moment.’

Pointing out the COVID-19 pandemic, the prime minister said it has made the achievement of the 2030 Agenda more challenging.

‘The challenges of the present time, including the current pandemic, go beyond borders and it has exposed the inadequacies of the current international order,’ she said.

Sheikh Hasina said at the same time, the pandemic has shown that both developed and developing nations need the UN more than ever and multilateralism is the way forward.

The prime minister said Bangladesh owes a lot to the UN as the country has benefitted from UN-led efforts for the development. ‘Also in our modest way, we are contributing to the UN in fulfilling its mandates,’ she said.

About the peacekeeping, the prime minister said Bangladesh is committed to upholding peace across the world and it is currently the leading troops and police-contributing country in all peace operations.

She mentioned that as many as 150 of Bangladesh’s peacekeepers sacrificed their lives to secure peace in conflict-ravaged countries in the world.

In her speech, Sheikh Hasina commended UN Secretary-General for keeping the flag of multilateralism high. ‘I also pay tribute to all frontline UN staff and agencies for their tireless efforts and dedication,’ she said.

The 75th UNGA session kicked off at the UN headquarters virtually in New York on Monday (Bangladesh time Tuesday morning).

‘Prime Minister Sheikh Hasina will deliver her pre-recorded speech like other world leaders at the UNGA general debate on September 26 in Bangla like every year,’ foreign minister A K Abdul Momen told a virtual press briefing in Dhaka on Monday.

The theme of the 75th UNGA is ‘The future we want, the United Nations we need: reaffirming our collective commitment to multilateralism’.

For the first time in the UN’s 75-year history, the global leaders have joined virtually at the annual high-level session of the world’s apex platform due to the COVID-19 pandemic that has so far infected over 30 million people and killed more than 950,000 globally.

As like the Bangladesh premier, other heads of state and government of UN member countries will also deliver pre-recorded speeches at the general debate and other sideline events at the UNGA.