1,100 workers of A One Garment hold demonstration in Dhaka 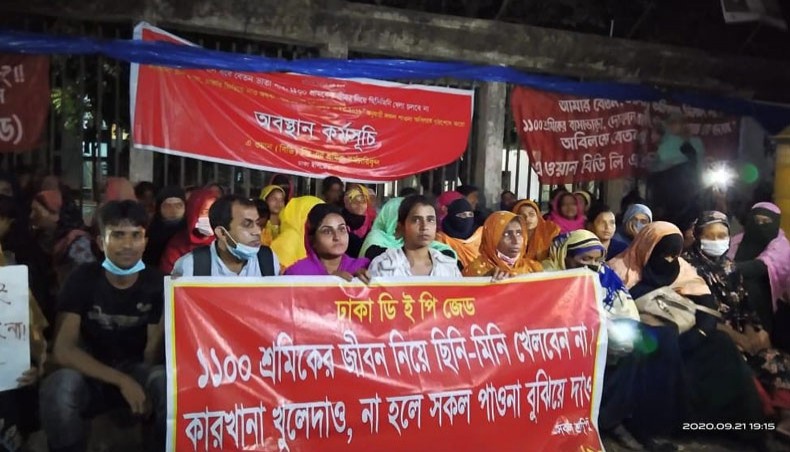 More than 1,100 workers of A One Garment of Dhaka Export Processing Zone begin a sit-in programme demanding arrears and resumption of the factory on Monday. — New Age Photo

More than 1,100 workers of A One Garment of Dhaka Export Processing Zone on Monday began a sit-in demanding arrears and resumption of the factory.

The workers were demonstrating in front of the National Press Club in the morning.

They announced that they would stay at the venue at night and march towards the Prime Minister’s Office on Tuesday to press home their demands.

The workers had been pressing home their demands for the last eight months.

Bangladesh Garment Sramik Samhati president Taslima Akhter said that the workers of the factory were deprived of their wages for the last eight months.

She called on the authorities concerned to reopen the factory and paying all arrears.

‘More than 1,100 workers of the factory will hold a march towards the PMO on Tuesday at 11:00am,’ Taslima announced.