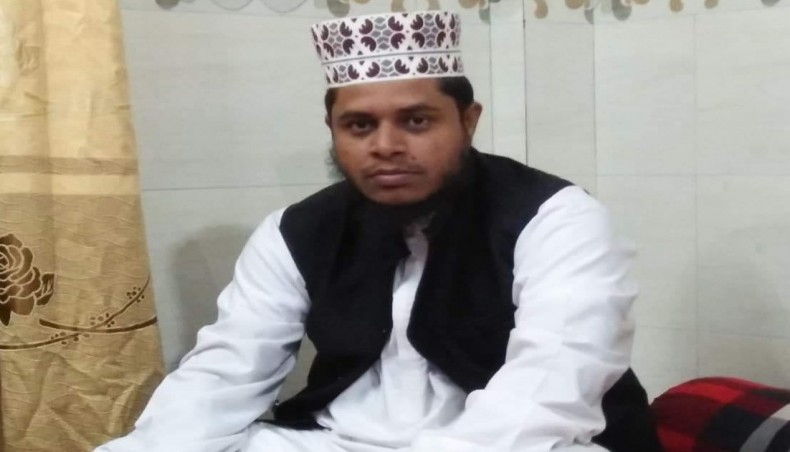 A photo of Mufti Alauddin Jihadi collected from Facebook

Alauddin was arrested at his home in Mahmudpur area at about 10:00am and he will be produced before a Narayanganj court on Monday, police said.

Alauddin was sued in a case filed under the act as he made derogatory remarks on his Facebook page against the departed rector of Hathazari Madrassah  Ahmad Shafi, said the police officer.

Amid criticism, Alauddin posted another write up on his Facebook page admitting his mistakes and apologising for the post that criticised Ahmad Shafi.

Ahmed Shafi breathed his last at a hospital in the capital Friday evening, few hours after resigning from his post at the Madrassah amid student protests.

He was buried in the Madrassah compound Saturday afternoon.