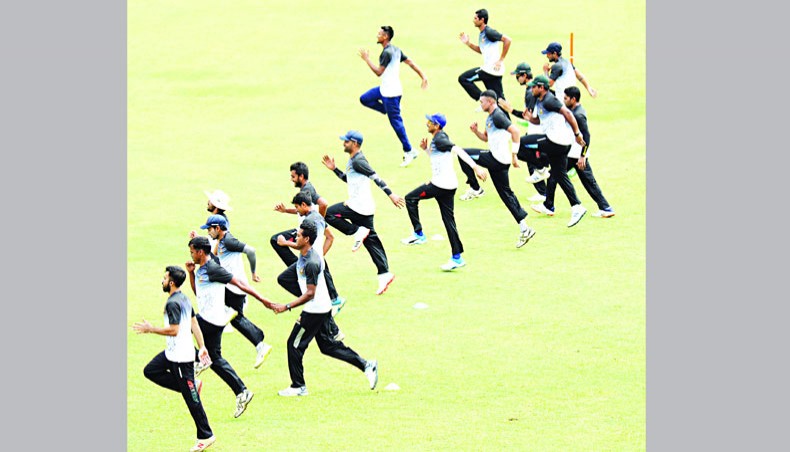 A total of nine cricketers out of the short-listed 27 for the national team’s skill training camp have been put in isolation on Sunday at the BCB Academy after two of them were found to be ‘borderline negative’ for COVID-19 and the remaining seven came in close contact with them.

The players will now remain at the Bangladesh Cricket Board Academy and will be retested for COVID-19 on Tuesday.

‘Out of the 27 cricketers selected for the Bangladesh Team’s Skill Camp, who were tested on September 18 and 19, two cases have been identified as ‘borderline negative’ with one of them showing classic COVID-19-like symptoms,’ a message from BCB media department read.

‘As per the COVID-19 management guideline and to maintain bio-secure environment standards; the symptomatic individual along with all the players who have been in close contact with him recently, have been isolated until the next test on September 22.’

BCB chief physician Debashis Chowdhury told New Age that even though all the players came out negative in the COVID-19 test, it was the suggestion from the testing authority to be extra cautious about two of the players.

‘Everyone was found negative but the testing authority told us that two of them have some symptoms. We didn’t want to compromise the safety of bio-secure bubble,’ Debashis said.

A cricketer who sought anonymity said that the cricketers who came from outside of Dhaka did not check-in at the Pan Pacific Sonargaon Hotel as it was originally planned and remained at the Academy building due to a technical gaffe and also trained separately in the Academy ground.