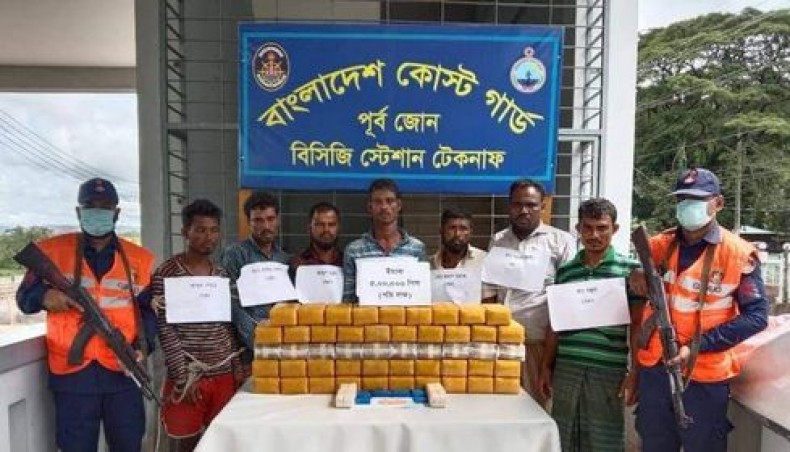 Bangladesh Coast Guard on Sunday seized 5 lakh Yaba tablets and arrested seven people, including a Rohingya man, from a fishing boat near Saint Martin’s Island in the Bay of Bengal.

Coast Guard media officer lieutenant M Hayat Ibne Siddque said that they, on secret information that a large consignment of Yaba tablets would arrive from Myanmar through the Bay of Bengal by a fishing boat, kept the possible spots under watch.

On early Sunday, a team of Coast Guard saw a fishing trawler coming from Myanmar side in the Bay near Saint Martin’s Island under Teknaf, and signaled it to stop, but the boatmen  ignored the signal and tried to escape, he said.

The coast guards caught the fishing boat immediately, seized the Yaba tablets and arrested seven suspected drug paddlers from the boat, he said.