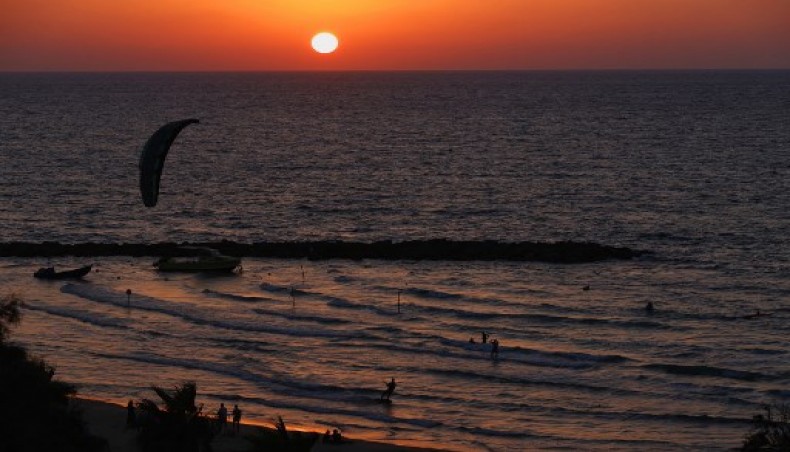 A person practices kite surfing as the sun goes down into the Mediterranean sea in the Israeli coastal city of Netanya, on September 14, 2020.- AFP photo

Sea-Eye said its Alan-Kurdi rescue boat first picked up 90 people from an ‘overloaded rubber boat’ before taking aboard a further 24 from a fishing boat.

Eight of those rescued were children and another eight were woman, one of whom was pregnant, according to the NGO.

‘For fear of being picked up by Libyan militia these people did not put out a distress call, putting themselves at high risk,’ Sea-Eye president Gorden Isler said.

Jan Ribbeck, Sea-Eye director of operations, said that whereas migrants usually had to choose between the Libyans and the sea they were ‘now on a German vessel and are finally being treated as human beings.’

The NGO did not indicate where it intended to bring the group ashore.

This year has seen a renewed spike in the number of vessels, many of them barely seaworthy, taking a chance on reaching Europe.

Attempts from Libya rose by 91 percent from January to July over the same period last year with 14,481 people attempting the risky crossing.

At least 300 people have died in the process -- though the International Organization for Migration says the figure could be far higher.

Earlier this month, UN Secretary-General Antonio Guterres called for the closure of migrant detention centres in Libya, denouncing what he called rights violations committed there in ‘horrendous conditions.’