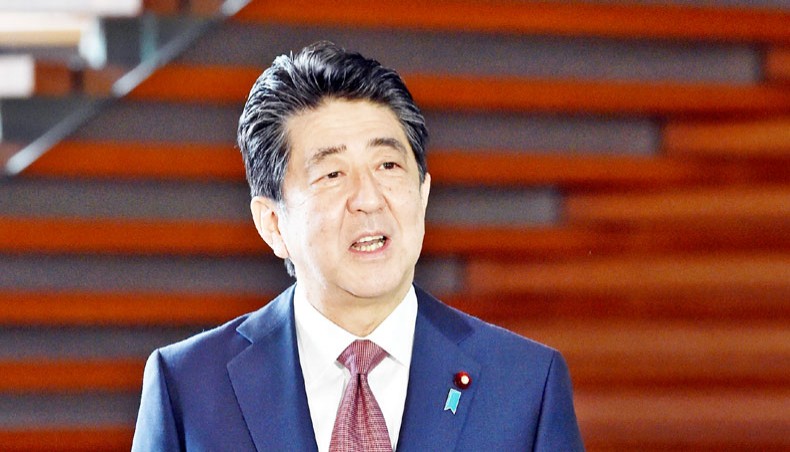 Shinzo Abe, who stepped down this week as Japan’s prime minister, on Saturday visited a war shrine seen by neighbouring countries as a symbol of Tokyo’s past militarism.

Abe posted a picture of himself in a dark suit walking along a wooden corridor at the shrine in central Tokyo on Saturday, escorted by a Shinto priest in a white robe.

‘Today, I paid my respects at the Yasukuni Shrine and reported to the spirits of the war dead my resignation as prime minister,’ the nationalist politician tweeted.

The former premier had refrained from paying tributes at the shrine in person since his 2013 visit despite other conservative politicians doing so, in particular on August 15 to mark Japan’s surrender in World War II.

Four ministers from Abe’s cabinet paid tributes at the shrine last month in the first such visit since 2016.

But it also honours senior military and political figures convicted of war crimes by an international tribunal after the war.

Abe announced late last month that he was stepping down due to health problems and was replaced by Yoshihide Suga on Wednesday.