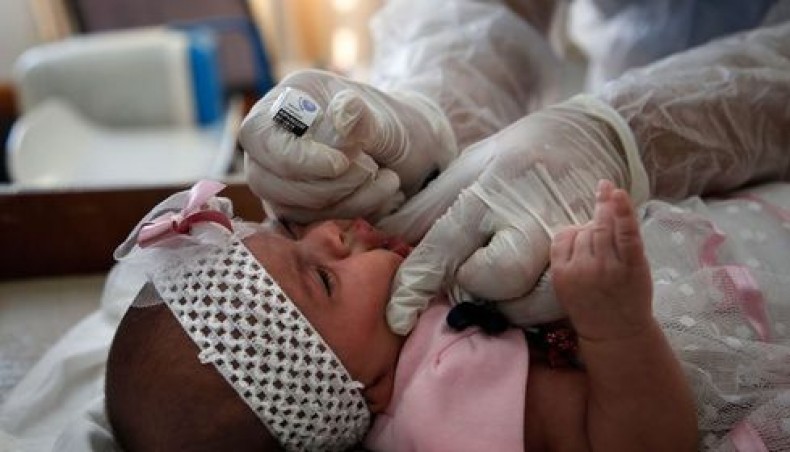 As scientists around the world rush to find a vaccine to stem the spread of COVID-19, another deadly disease, polio, has become the latest target of misinformation campaigns online.

The World Health Organisation celebrated the announcement on August 25 that Africa had eradicated the wild poliovirus — a landmark in a decades-long fight against the crippling disease.

However, there still exists a version of the illness known as vaccine-derived polio, which occurs in rare incidents when the weakened virus in the vaccine mutates.

Two days after the WHO’s announcement, the United Nations confirmed that more than a dozen cases of vaccine-derived polio had sprung up in nine states across Sudan.

Conspiracy theory groups promptly reported the outbreak in articles decrying ‘one of the biggest public health scandals of the decade’, singling out the WHO and billionaire Microsoft founder Bill Gates in their attacks.

A misleading article blaming a ‘Gates-funded vaccine’ for ‘causing’ the outbreak had been shared more than 8,000 times in Facebook groups from the US and Canada to Colombia.

The claims had also been circulating in Europe, with a French version of the article shared in various groups in France and Belgium.

But the article failed to mention that the cases involved people who had not been immunised themselves.

Gates, whose eponymous foundation had ploughed billions of dollars into making vaccines against diseases like polio, malaria and HIV, was a regular target for fringe groups accusing him of benefiting from vaccination or even using them for harm.

In spring, Facebook posts shared tens of thousands of times falsely claimed that a polio vaccine tested by the Bill and Melinda Gates Foundation paralysed 490,000 children in India.

Gates, who had pledged $250 million in efforts to fight the COVID-19 crisis, had pushed back against rumours, blaming ‘a bad combination of pandemic and social media and people looking for a very simple explanation’.

According to the WHO, 1,271 people around the world had caught vaccine-derived polio in the past decade.

The disease typically spreads when the weakened vaccine-virus is excreted by a vaccinated person and then picked up by others through contaminated water or food.

Oliver Rosenbauer, spokesman for the WHO’s polio eradication scheme, told AFP Fact Check that while contamination could in fact ‘passively immunise other kids’, it can have devastating consequences in countries with low immunisation rates.

‘The problem arises when you have a community which is very poorly vaccinated, because this virus is allowed to continue to spread, to find susceptible unvaccinated children,’ he said, adding, ‘Over time, it can actually revert to a strain that is a strong strain, no longer a weak strain.’

According to the WHO, people were protected against both vaccine-derived and wild polioviruses if a population was ‘fully immunised’.

Sixteen countries across the continent were currently experiencing outbreaks, with the novel coronavirus forcing some vaccination campaigns to a halt.

But a new vaccine that ‘cannot genetically mutate’ is on the cards, said Richard Mihigo, the WHO’s programme area manager for immunisation and vaccine development in Africa.

This novel oral polio vaccine, which is ‘more genetically stable’ and ‘cannot genetically mutate’, is set to be introduced from the end of the month, he said.